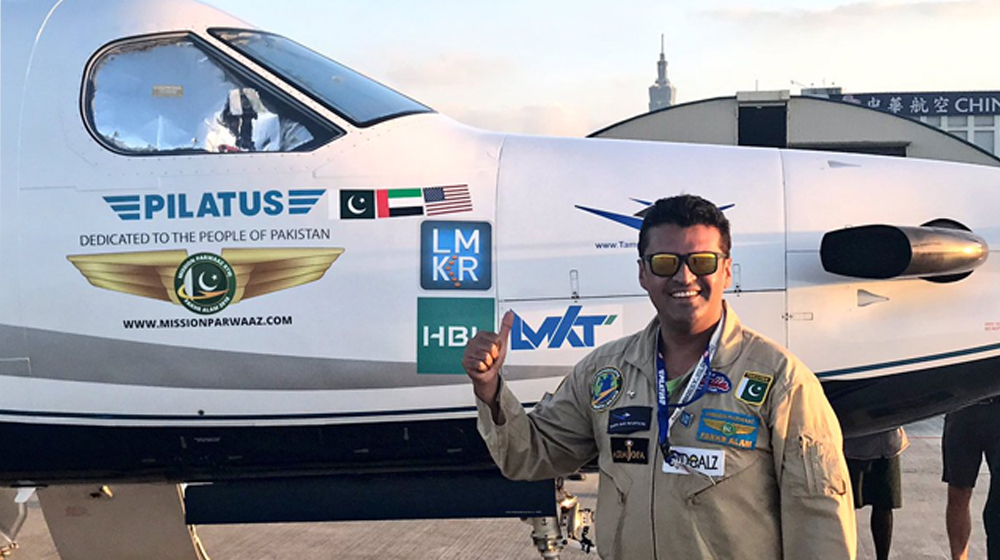 Fakhr-e-Alam, the pioneer of Mission Parwaz, is now allowed to carry on his globetrotting adventure, after Russian authorities renewed his visa.

Dr. Mohammad Faisal, the Foreign Office (FO) spokesperson revealed in a tweet that Mr. Alam is back on track, after having being stopped by Russian authorities due to an expired visa.

“Pleased to confirm that visa [has been] granted to Fakhre Alam by authorities of Russian Federation today in the morning.” Dr, Faisal further stated that Pakistan’s ambassador to Russia along with the embassy officials “remained in touch with Fakhar-e-Alam throughout his stay” at Yuzhno-Sakhalinsk Airport.

Pleased to confirm that visa granted to Fakhar-e-Alam by authorities of Russian Federation today in the morning. His plane had landed at Yuzhno-Sakhalinsk city airport, located more than 6000 km from Moscow, in wee hours of 29 October 2018 after expiry of his Russian visa. 1/2

Pak Ambassador, embassy officials remained in touch with Fakhar-e-Alam throughout his stay.
We convey our profound gratitude to the Government of the Russian Federation, in particular the Ministry of Foreign Affairs, for their fullest cooperation #MissionParwaaz @mfa_russia 2/2

He also expressed gratitude for the cooperation of Russian authorities. Fakhar himself confirmed the news through his tweet and thanked the state authorities, Pakistani people, and media.

#MissionParwaaz update 11am local time. I have just received a new visa. I am now preparing the airplane and ready to go to Petropavovask airport. Thank you to all of my friends, well wishers the Pakistan government and the Russian authorities. The flag continues its journey.

To all the people of Pakistan and the Pakistani media thank you for all your prayers and support. I continue to fly my flag to complete the first ever Pakistani circumnavigation #MissionParwaaz

The noted singer and celebrity had embarked on a journey, the Mission Parwaz, to circumnavigate the entire world in 28 days. He said that Mission Parwaz aimed to claim Pakistani space in the general aviation and pay tribute to the brave soldiers and the resilient nation of Pakistan.

Mission Parwaaz on Halt: Fakhr-e-Alam Seeks Help After Being Detained in Russia

However, he came across a little hitch, as his visa got expired a day ago while he was in Russia. The authorities detained him at the  Yuzhno-Sakhalinsk airport and were about to send him back to Japan, his previous stop, where he could not go as he had entered Japan on a single-entry visa.

Fakhar-e-Alam kickstarted his journey on October 10, with Clearwater Florida being his starting point. From there, he flew to Canada, Greenland, Iceland, Croatia, Japan, Australia, Bangladesh, and Pakistan.