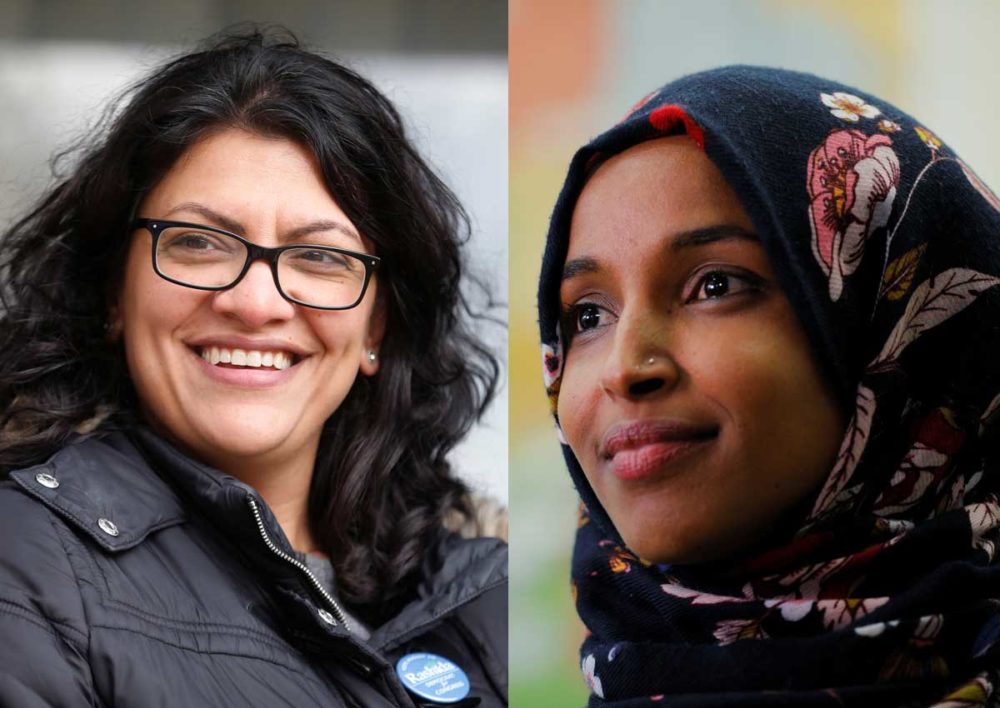 As America turned out to vote for the midterm elections earlier today, political commentators were interested in whether the country could continue to support right-leaning Republicans or vote in Democrats. These elections are significant given the fact that Republicans hold a sway over both the House and the Senate, with Donald Trump as the President proving to be untouchable despite a raft of scandals.

In a climate where white supremacists are enjoying unprecedented support in American society, giving rise to growing intolerance towards minority groups throughout the country, things looked quite bleak for many observers.

But as results from the midterms continue to come in, it seems that America has made history – by ushering in not one, but two Muslim women to the ranks of the US Congress.

Rashida Tlaib and Ilhan Omar will be joining the US Congress after securing seats in their respective districts following primary victories earlier this year.

Both the women contested under the banner of the Democrats. Rashida is from Michigan while Ilhan was the nominee from Minnesota.

Rashida was endorsed by a socialist group in the Democrats. Ilhan, the first Somali-American member to be ushered in the Congress, also joined hands with Rashida and ran their campaign ahead of her race in the primaries this year.

Omar is now one of the first Muslim women to join the ranks of the US Congress. She came to America a little more than two decades ago as a refugee from Somalia.

Interestingly, Omar will be replacing Minnesota Rep. Keith Ellison, who was actually the first Muslim ever to be elected to Congress. He’s currently vacating his seat due to his plans to become the Minnesota Attorney General.

Rashida is a Palestinian-American. She is the daughter of Palestinian immigrants who settled in America.

As far as her stint in politics goes, she is notable for being the first Muslim female member of Michigan’s state legislature 10 years ago.

Tlaib will be taking the seat vacated by Michigan Democratic Rep. John Conyers, who had to leave office after being accused of sexual misconduct. Rashida ran unopposed after she won the primaries, and will now be representing Michigan at the House of Representatives.

Rashida is no stranger to speaking her mind on the pressing issues of the day. She is famous for being anti-Trump and was even arrested during a Trump speech in Detroit some 2 years ago.

Rashida Tlaib and Ilhan Omar’s ascent to US Congress offers some respite from the increasingly anti-immigrant rhetoric employed by many Republicans and President Donald Trump himself. The two women are the third and fourth American Muslims to be elected into office. Before them, Keith Ellison and Andre Carson from Indiana were the first ever Muslim men to represent the community’s interests in the Congress.