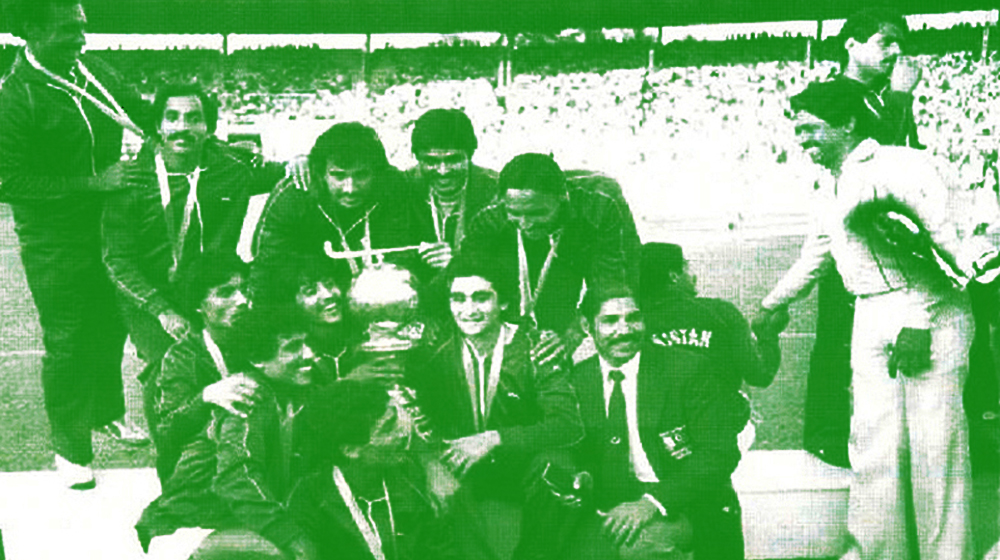 There is no denying that Pakistan’s national sport has struggled in recent times but who do you blame for this steady decline? The management? The players? Or, the government?

Pakistan hockey’s slump might seem dramatic, but it is anything but sudden. It has been a painful decline for the most successful team in the history of hockey, which began when Pakistan not only failed to win the 1986 World Cup in England but finished 11th in a 12-team event.

A team, which had won 3 out of 5 previous attempts suddenly finishing at the bottom was perhaps the biggest shock in the world of sports at that time. In the following event, Pakistan again failed to lift the trophy which was organized in their backyard.

This was perhaps the most crucial time because two years after the 1990 Hockey World Cup, Pakistan found another hero in Imran Khan who marched on to make history as he lifted the Cricket World Cup.

This shift was especially significant because after 1992 – despite Pakistan again winning the hockey World Cup in 1994 – the media attention that once belonged to hockey had now diverted to cricket in Pakistan.

Here’s an overview of Pakistan’s performance in the Hockey World Cups:

Against All Odds: Pakistan Qualifies For 2018 World Cup!

From 1998 onward, Pakistan’s hockey team has failed to finish any higher than 5th. The 2014 World Cup, perhaps, was the worst time where Pakistan did not even qualify for the tournament which was held in the Netherlands.

By the passage of time, the hockey team showed a hint of improvement despite the lack of funds and no interest from the masses or the government itself and qualified for the 2018 World Cup.

However, the newly appointed coach of Pakistan’s hockey team, Tauqeer Ahmad Dar, claimed that despite qualification, Pakistan’s participation for the upcoming event to be held in India looks unlikely.

The current circumstances have diminished the hopes of the team’s participation in the mega event. I have been requesting the PHF to provide funds so that the team can participate in the World Cup.

The hopes for Pakistan’s participation in the World Cup were almost dead and there was no hint of reprieve package from the government despite several alert calls from PHF. In this crunch moment, a cricket-franchise owner stepped up to sponsor the national hockey team.

The move is commendable as it brings a moment of respite for the Hockey team but also leaves a question on the incumbent government led by the former sportsman Imran Khan, because Hockey is our national game, and it is our government’s responsibility to support and revive it. Also, the sponsorship is momentarily and will last until the international event, it won’t change PHF’s fortune in the longer run.

National Squad for the Mega Event

Pakistan has announced an 18-man squad for the World Cup with just one change to their Asian Champions Trophy crew.

Mohammad Rizwan Senior has been retained as captain of the team. Seasoned player Rashid Mehmood replaced Rizwan junior for the squad of World Cup 2018 scheduled in India.

The national team is likely to leave for India on November 22 or 23 after completion of the visa process which is currently ongoing.

This is not the first time sports in Pakistan is suffering at the hands of the government due to lack of funds. The most glaring and recent example is the conditions in which athletes were preparing for Sindh Games 2018. It was one of the few issues to have been brought to light by the media, ex-athletes and other prominent figures in the sports community.

The budget of Sindh games was somewhere around Rs. 40.6 million. However, athletes were training in life-threatening conditions. In response, the Sindh government took notice and improved the facilities for all the participants.

This points towards a severe problem: corruption, an issue which was largely neglected by the governments. However, with Imran Khan coming into power, a former sportsman and a patriot, one can hope that he can pay heed to the matter at hand. He should, however, realize that there are many other sports other than cricket that need his attention.

Because if not, then Pakistan’s national sports will be nothing more than a national joke.