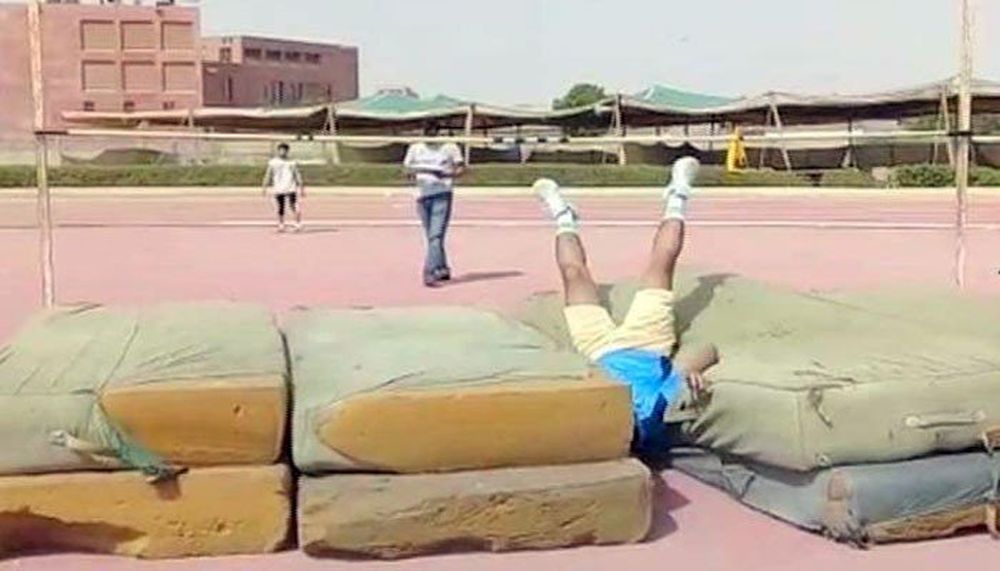 Sindh Minister for Sports says action has been taken against those who provided poor facilities at Sindh Games.

The Sindh Games, held recently, stirred a lot of controversy over the poor facilities provided during the event. The government approved Rs. 40 million for the event, however, from the condition of mattresses used during the games, it seems that the money went elsewhere.

The 17th Annual Sindh Games were held from 19th to 22nd April. The Games concluded yesterday and, finally, Sindh Minister for Sports has taken action against the poor facilities.

During the high-jump games, an athlete fell on his face that led to the criticism of the authorities handling the event. Take a look at it yourself;

Talking to a media outlet, the minister told that National Coaching Center provided the mattresses. Action has been taken against them and several officials have also been summoned for inquiry.

Mohammed Bux Khan Mahar, the sports minister, admitted to the flaws during the event and said they are working on it. He added;

We have learned a lot from the event. To overcome such issues in the future, we are making an athletic track in Hyderabad.

The minister was questioned about the sprinkler-less hockey ground as well. Recently, a hockey ground with artificial blue turf was built in Benazirabad, however, the genius authorities forgot to put water sprinklers on the turf. The minister responded that the issue has been resolved and sprinklers have been installed as well.

He further added that a gymnasium specifically for women has also been built at Khatoon-e-Pakistan Government Degree College For Women.

The games were held in the Sindh’s Capital as Karachi retained their title.