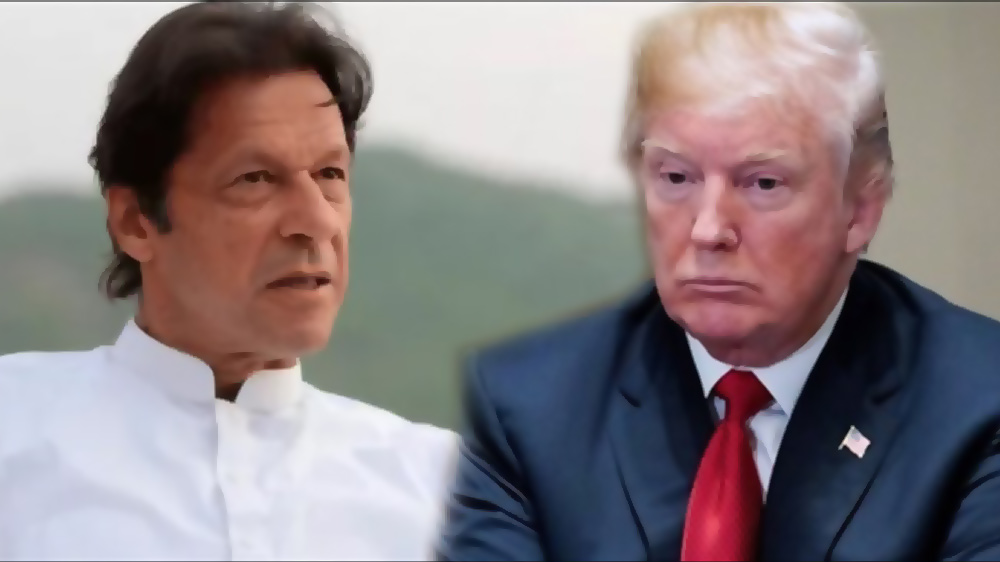 Is foreign policy too sensitive a topic to be conducted over Twitter? Or are we seeing the birth of a new era where leaders of countries are comfortable with trading barbs with each other, and that too in full public view over social media? We certainly live in interesting times.

A few days ago, Donald Trump, whose penchant for going on rants on Twitter is well documented, and frankly, too unbecoming of someone who considers himself the leader of the free world, went on a diatribe against Pakistan.

After repeating that same old tired point that Pakistan has done nothing to contribute to the War on Terror, Mr Trump thought that he could get away with playing to the gallery -his rightwing supporters who just want to see some of the faux bravado that Trump is known for. But he thought wrong.

Pakistani Prime Minister Imran Khan, who is also no stranger to social media, countered Trump’s messages in a hard-hitting response on Twitter:

Record needs to be put straight on Mr Trump's tirade against Pakistan: 1. No Pakistani was involved in 9/11 but Pak decided to participate in US War on Terror. 2. Pakistan suffered 75,000 casualties in this war & over $123 bn was lost to economy. US "aid" was a miniscule $20 bn.

3. Our tribal areas were devastated & millions of ppl uprooted from their homes. The war drastically impacted lives of ordinary Pakistanis. 4. Pak continues to provide free lines of ground & air communications(GLOCs/ALOCs).Can Mr Trump name another ally that gave such sacrifices?

Instead of making Pakistan a scapegoat for their failures, the US should do a serious assessment of why, despite 140000 NATO troops plus 250,000 Afghan troops & reportedly $1 trillion spent on war in Afghanistan, the Taliban today are stronger than before.

Trump’s false assertions add insult to the injury Pak has suffered in US WoT in terms of lives lost & destabilised & economic costs. He needs to be informed abt historical facts. Pak has suffered enough fighting US's war. Now we will do what is best for our people & our interests

For followers of world politics, Imran Khan’s reply doesn’t come as a surprise. Back in September, he reached out to Indian Prime Minister Narendra Modi, asking him to work in the interest of peace and come forward for talks for resolving the Kashmir dispute. The Indian Ministry of Foreign Affairs rubbished this olive branch and went after PM Khan, spurning his offer and attacking him personally in what seems to be a breach of all known norms of international relations.

What followed next has become one of the world’s most famous tweets as Imran Khan minced no words in calling out the opposition:

Disappointed at the arrogant & negative response by India to my call for resumption of the peace dialogue. However, all my life I have come across small men occupying big offices who do not have the vision to see the larger picture.

But taking on Modi is one thing, and not that big of a deal as political observers from both sides of the borders will have you know. Taking on the leader of the most powerful country in the world, however, is something else.

Media outlets from all around the world also feel the same, with many headlines signifying a Pakistani Prime Minister from civilian circles, taking on a bold tone against US policies in the region. Previously the country’s military could respond in a harsh tone whenever it felt that its efforts in the war on terror were not being highlighted enough.

Imran Khan’s tweets on Trump and the US made it to the headlines of popular media outlets, leaving the whole world stunned as it was the first time that any leader from the whole region took on the US President publicly.

It is rare for a civilian Prime Minister in Pakistan to call out the USA for being dishonest in its dealings. Many news outlets highlighted this fact too, as PM Khan berated Trump for making Pakistan the scapegoat for its continued failures in Afghanistan, where thousands of American troops have nothing to show for their efforts and only trillions of dollars in losses.

Will Twitter be the new battleground for leaders, so that they can whip up emotions and play to their respective galleries?

So what do you think? Is it ok for two leaders of their respective countries to duke it out over Twitter? So long as no one pushes the nuclear button in a fit of rage that is? Let’s hope that never happens.