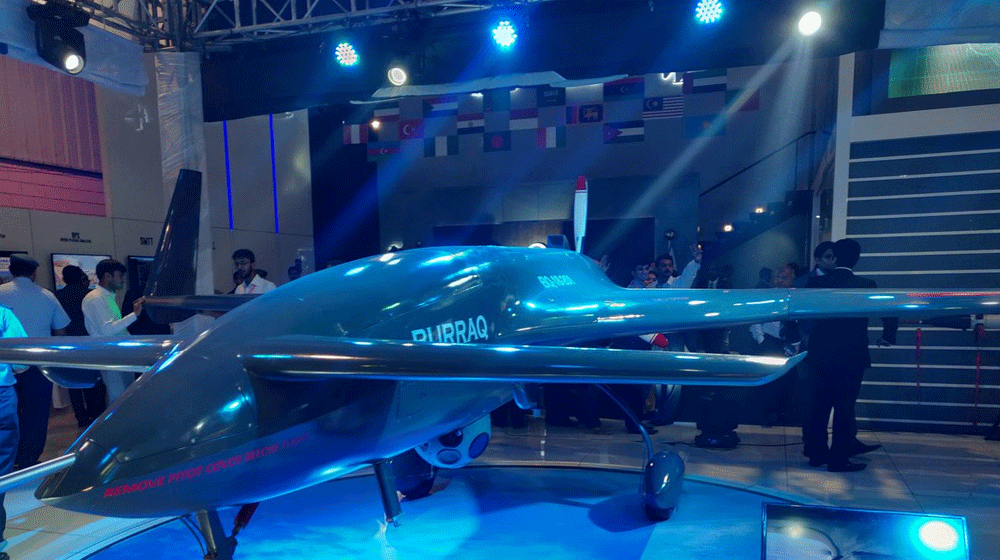 Pakistan has introduced its first locally-built multirole drone to the world at the International Defence Exhibition and Seminar (IDEAS) 2018.

Chief of Naval Staff, Kaleem Shaukat, inaugurated the launching ceremony on Wednesday, the second day of the defense exhibition.

The armed UCAV is named Burraq and would be marketed by Global Industrial & Defence Solutions (GIDS).

Burraq is built by the NESCOM independently. The copter can fly at an altitude of 16000 feet for up to ten hours.

It is stealth, unmanned drone – very effective in hunting the enemies down especially in the rugged mountainous areas. Pakistan Army is witness to its effectiveness in the field.

Pak Army has been using Burraq ever since it escalated its offensive against the terrorists hiding in the Northern and tribal areas in 2015.

The multi-role aircraft was mainly utilized in Operation Zarb-e-Azb and Operation Raddul-Fasad.