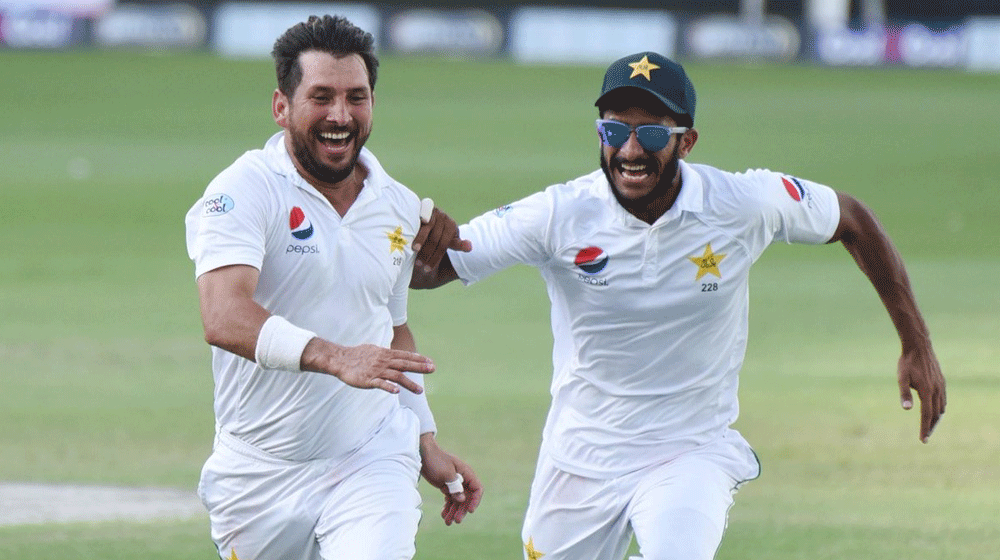 Yasir Shah’s historical spell in the Dubai Test against New Zealand not only helped the home side bounce back in the series but also helped him gain big in the ICC’s Test bowlers’ rankings.

Yasir’s magical figures of 8/41 and 6/143 in Dubai helped him get back in the top ten Test bowlers.

Shah, who dropped down to 19th after the fitness issues earlier this year, jumped up to the 10th spot in the rankings with 22 wickets in two Tests against New Zealand.

His 14-wicket-haul in the Dubai Test were the best match figures since former skipper Imran Khan took as many wickets in a match against Sri Lanka in 1982.

His phenomenal bowling performance helped Pakistan devastate Kiwis by an innings and 16 runs to level the series 1-1.

According to ICC’s updated rankings, England’s premier paceman James Anderson, who sat out the final Test after picking up just one wicket in the first two games, slipped from the top spot to No.2; South Africa’s pace sensation Kagiso Rabada reclaimed the top spot. Muhammad Abbas managed to retain his third spot in the rankings.

New Zealand fast bowler Trent Boult went down two spots to No.8, allowing Pat Cummins and Ravichandran Ashwin to move up to six and seven respectively.

Bangladeshi spinner Taijul Islam, who was instrumental in the wins against Zimbabwe in the second Test and against West Indies in the first with 18 wickets in the two Tests also rose six spots to No.21.