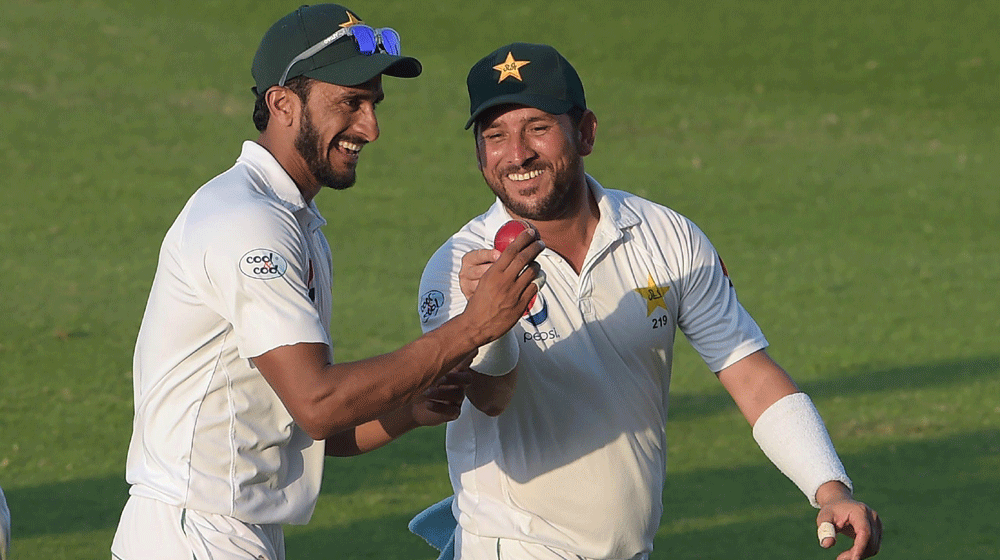 Kiwis, who were forced to follow-on after being wrapped up for 90 runs in the first innings, showed resilience in the second but still fell 16 runs short of Pakistan’s first innings 328-run lead.

With his 14 scalps in the match, Shah equaled Imran Khan’s record of taking most wickets in a match for Green Caps. Yasir picked up eight wickets in the first and six in the second innings to achieve this hallmark.

On Monday, Yasir created another record of taking ten wickets in a day to equal India’s Anil Kumble’s record.
With his spin magic, Pakistan bowled out Kiwis twice in two days after declaring their first innings at 418/5.

Black Caps resumed the third day’s play with 132/2 on the board requiring another 197 runs to go past Pakistan’s lead.

With Ross Taylor’s quick 81 and Henry Nicholls grinding 77-run innings, Kiwis resisted the inevitable for the most part of the day but Yasir was too fierce to resist for the hosts.

Kiwis resilience began to lose footing after Bilal Asif removed Taylor. Hassan Ali and Yasir made way through New Zealand’s middle and lower middle order and reduced them to 312 in the second innings.