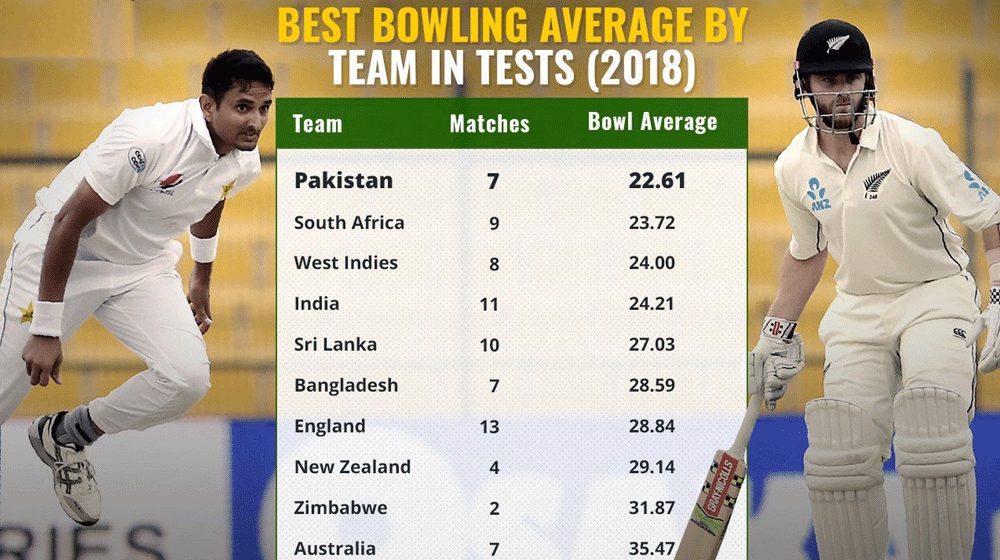 A detailed look at stats for 2018 have revealed that Pakistan has the best bowling attack in the world this year.

With a bowling average of just 22.61 in seven Test matches played so far this year, Green Caps are at the top of the table.

There are three Asian teams in the top five with Pakistan leading the chart.

South Africa – who are next to host Pakistan– are second in the list with an average of 23.

Interestingly, West Indies is third in the list with a bowling average of 24, surpassing India averaging 24.21 in 11 Tests.

Sri Lankan bowling attack, having an average of 27 in ten Test matches this year, sits on the fifth place.

Surprisingly, Australia, despite having the likes of Mitchell Starc and Josh Hazlewood in the bowling attack, were reeling on the last slot in the table, even below Bangladesh and Zimbabwe.

Here is the complete table: