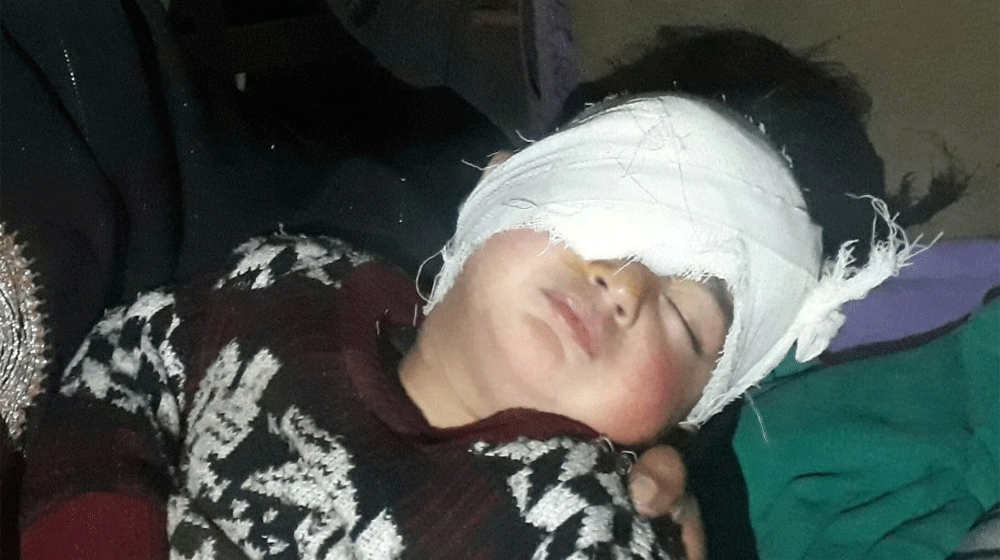 Use of pellet guns against minor kids has refueled anger against Indian forces’ brutalities in Occupied Kashmir.

Earlier this week, a 19-month-old girl named Heeba Jan became the latest and the youngest victim of Indian atrocity in the occupied region.

Doctors who treated the infant child said she might lose sight in the right eye.

“I was preparing breakfast when I started coughing furiously. Greyish smoke from the tear gas shells had entered the house, ” said her mother, Marsala Jan.

The mother tells she was alone in the house at the time with her two children and the air was getting unbreathable with every passing minute, so she had to take her children out of the house in search of fresh air.

But there she found herself stuck in ‘chaos.’

“I saw forces firing towards us, so I pulled my son behind me and covered Heeba’s face with my hand,” Ms Jan told the BBC.

As many as 3,000 people in the Indian Occupied Kashmir have received severe eye-injuries due to the widespread use of pellet guns against protesters in recent years.

There has been an uproar on a global scale against the clear violation of human rights. Despite the public anger, Indian security forces have stepped up their use of pellet guns.

Here is how people condemned this inhuman act by the Indian butchers:

I’m not a #Terrorist
I’m not a #StonePelter
What was my Crime…???

#Hiba the youngest pellet victim . The only sin is that she is #KASHMIRI pic.twitter.com/1GWSFApfDr

This is a hizbul mujahidin terrorist shoot by pallet gun by an Indian army bravely.
Appreciable 👿#Kashmiri pic.twitter.com/TiO9Q38Fvc