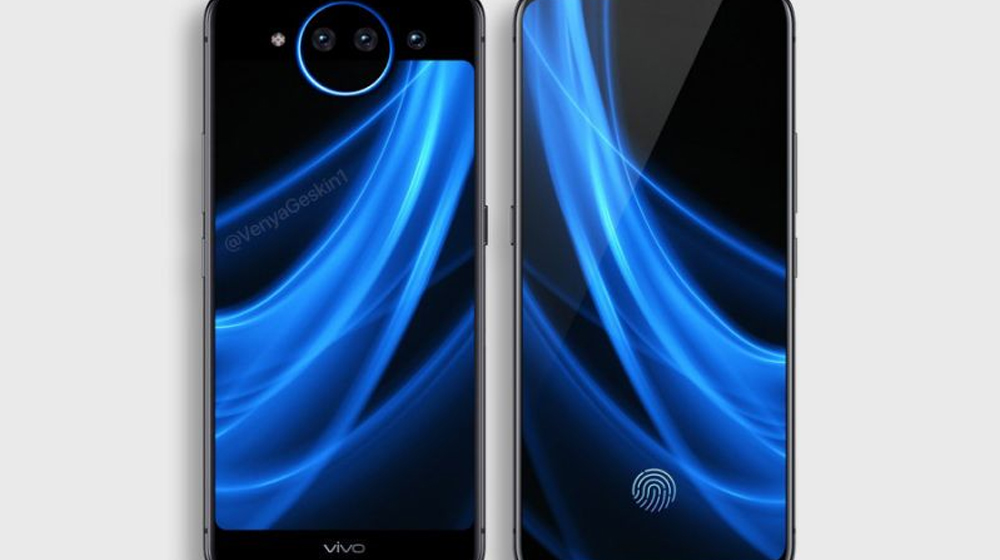 Nex 2 is going to come with four rear, no front cameras.

Vivo has been making headlines over the year for its innovative devices. This time Vivo has a new unique looking smartphone coming on December 11.

This smartphone is going to be a new entry into the Nex series and will most probably be called NEX 2. A new leak has surfaced showing what the upcoming phone will look like.

NEX 2 is expected to be different from the Vivo Nex S, as the latter had an in-display fingerprint sensor, pop-up camera, and an entirely bezel-less display. It is going to feature two displays, with the second display on the back of the device.

Moreover, as per the picture leaks, Nex 2 does not have a front camera. Instead, it’s secondary screen works as a viewfinder and employs its rear shooter, which is more capable, for taking selfies.

There is a ring in the middle, on the rear, which houses two camera sensors with two additional sensors outside the ring on opposing sides. Called Lunar Ring, it functions as a display scale to adjust the intensity of the beauty effect and the 3D beauty mode. These are two separate modes.

Furthermore, there is an earpiece on the back enabling the user to use either side of the phone for taking calls.

It needs to be mentioned here that the new leaks depict four cameras on the back while the older leaks showed them to be three.

That does not necessarily mean that the older reports may be wrong. There is a possibility of two different versions, one having three cameras and the other having four. The previous NEX also came in two versions, Nex S and Nex A.