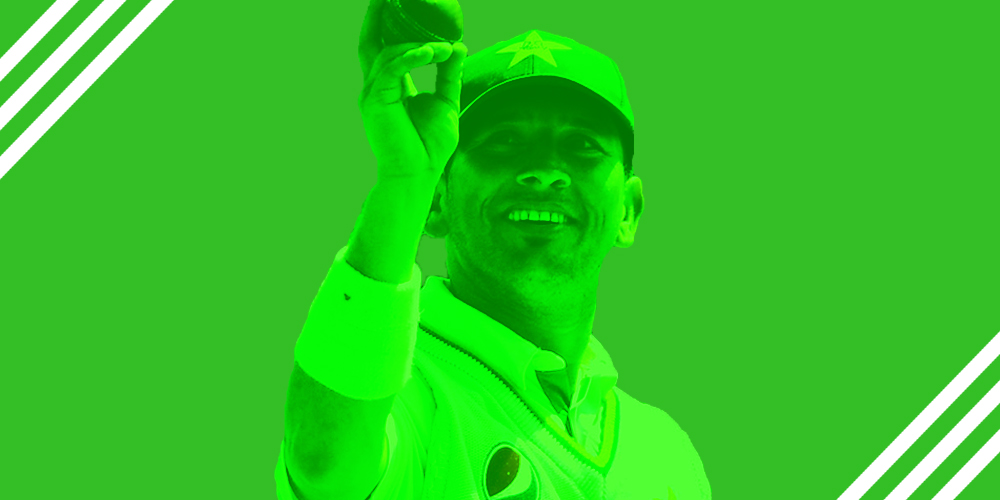 Regarded as the best spinner in the modern cricket by Shane Warne, Yasir Shah has undoubtedly become a legend despite making his Test debut at the age of 28 back in 2014 against Australia.

Sharing the hometown with Junaid Khan, who is the cousin of the short and bulky Shah, he started off his cricket career as a hobby. Little did he know that years later, he would be one of the best spinners to have ever played for Pakistan.

It took Yasir Shah over 100 first-class matches before he could attract the eyes of Pakistani selectors. The 32-year-old has taken over 506 wickets in 121 first-class matches at an average of 27.80, a record which is right up there in Pakistan’s domestic circuit.

He was first selected for Pakistan in 2011 for a series against Zimbabwe at Harare. The leggie, although picked up 2 wickets, went for 51 runs in his 10 overs. This trend carried on and soon the selectors realized that perhaps Yasir Shah is not a viable option for limited over cricket and that is backed up by his expensive stats; in the 19 one-day internationals Yasir has played, he has picked up 19 wickets at an average of 42.47. Despite concerning number, Yasir still managed to break a record in ODI history by registering best figures against Zimbabwe in ODI history.

After a hard fought and short-lived one-day career, Yasir Shah was given the breakthrough in Test matches. He faced the mighty force of Australia, who were cruising back in 2014. There were little expectations tied to him after an ordinary ODI career but that was soon forgotten when he spun the Australian batsmen out of the Test match. His first two Test-match wickets were David Warner and Steven Smith, two of the best-ranked batsmen at that time. Overall, Yasir managed 7 wickets in that match, which led Pakistan to a 221 runs victory.

Few of Yasir Shah’s records are as following:

There seems to be no stopping Yasir Shah, a player whose name has been emblazoned on the honors board at Lord’s along with the likes of Makhaya Ntini and Courtney Walsh.

Most recently, Yasir Shah along with Hasan Ali took part in the destruction of New Zealand in the 2nd innings of the 1st Test match. Both players picked up 5 wickets each for Pakistan, the first time since 2004. The record was previously shared by Shoaib Akhtar and Danish Kaneria at the MCG.

Yasir Shah vs. the Rest

Only when you draw a comparison can you realize how truly exceptional Yasir Shah has been over the course of last few years. He has faced some difficult oppositions including Australia, New Zealand, and England and has come out on top.

Overall, Yasir leads every spinner in the wickets category. He has a slightly higher economy rate than likes of Shane Warne and Muralitharan but has put every run scored against him to good use in trapping the batsman.

Additionally, Muralitharan has also been added for good measure. This should clarify exactly how Yasir Shah has surpassed these legendary bowlers in such a small amount of time.

For someone to come out on top against the likes of legends of the game, it is a remarkable feat. These statistics endorse the popular belief that there aren’t many spinners in the modern world than Yasir Shah.