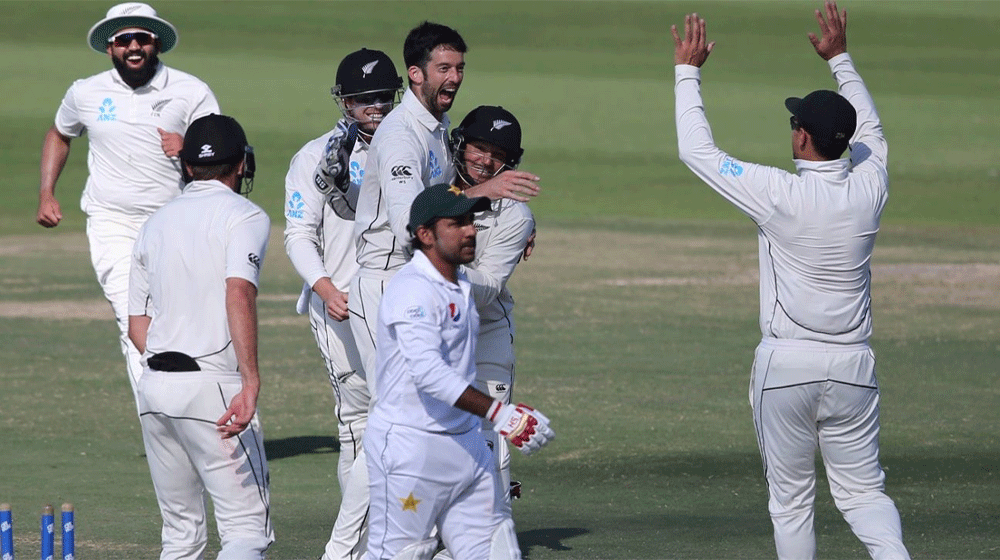 Pakistan has dropped down to the seventh position in the ICC Test rankings following series defeat against New Zealand.

The second upset on ‘home turf’ in the last 13 months has caused Pakistan a lot of jolts regarding rankings.

The Green Caps started the series on the sixth position with 95 points have now slipped to seventh, even behind Sri Lanka with 92 points.

On the contrast, New Zealand, starting the series with 102 points, has gained three more points to consolidate their 4th position in the list, the now trail by No.3 South Africa with just one point.

The ranking will further update after the conclusion of New Zealand vs Sri Lanka two-match Test series.

If New Zealand wins it 2-0, they will move to 109 points in the second position, and Sri Lanka will drop to the seventh position on 90 points.

If the results are reversed, Sri Lanka will gain three crucial points solidify the sixth place and New Zealand will lose 6 points and would fall behind Australia in the fifth position on 99 points.