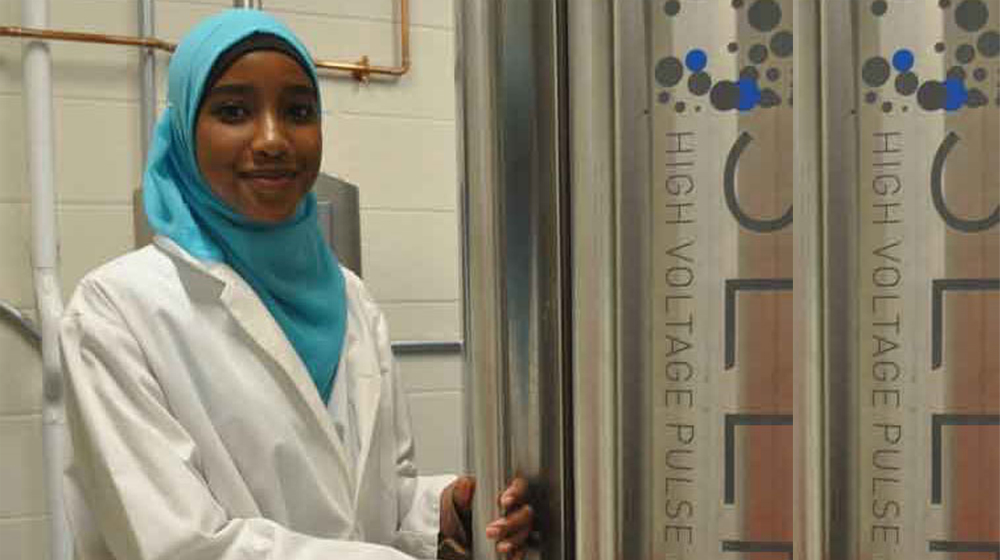 A Muslim student at the University of Alberta has discovered a new method to extract diamond that could have been damaged by the existing harvesting techniques.

17-year-old Hamdi Ali stayed at the university during the summer vacations for the sake of research and made the amazing discovery. She got admitted to the university through the Women in Scholarship, Engineering, Science, and Technology (WISEST) Summer Research Program. The objective of the program is to empower women and other underrepresented groups in science.

“The program seemed like a great opportunity to broaden my understanding of what a career in science could look like,” says Hamdi Ali.

Hamdi’s grad student mentor, Margo Regier, says that Hamdi’s discovery is quite unique and unprecedented. As for Hamdi, she says,

“I didn’t really know anything about geology, so it was a little disconcerting when I first saw the SELFRAG and realized I was going to be working with it.”

The Isomass SELFRAG machine, Hamdi says, is “a high-voltage electronic disaggregation device, which sounds pretty fancy, but it just means that it destroys rocks using 200,000 volts of electricity.”

This machine can harvest diamonds that get destroyed by the present extraction methods. Hamdi tested the machine by processing half a piece of rock by the standard method and the other half by the new machine.

Through the second method, she found ten diamonds. According to her mentor, this implies that using a mechanical crusher actually damages a great number of diamonds and thus, decreases the total diamond yield.

According to experts in the industry, this discovery can ‘set the world on fire’ in the diamond industry.