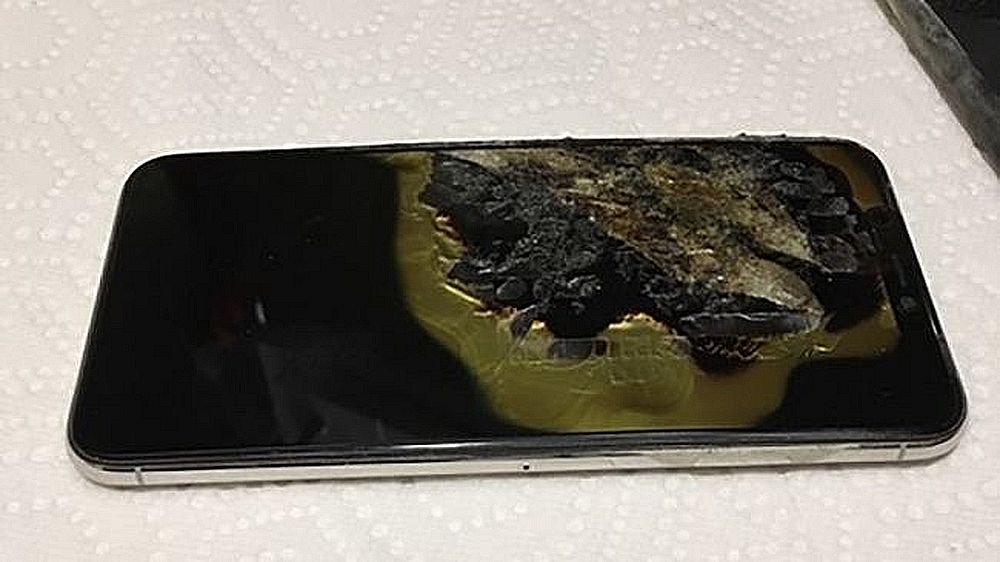 An American man has reported that his ‘almost new’ iPhone XS Max burst into flames and burned his skin after he noticed some smoke.

The iPhone, that was bought only three weeks before it died in flames, has been replaced by Apple but the company hasn’t revealed what exactly happened to cause the phone to melt away.

Reportedly, when the phone was taken to an Apple Store, they were clueless about what went wrong with the newly-bought iPhone XS Max. There hasn’t been any other report of a similar incident, in relation to Apple’s latest iPhones at least, so it’s still too early to say that all iPhone XS models will face this problem.

Surely, the phone went through numerous safety checks before making its way to the market, just like most other phones. Still, it seems that it’s difficult to fully eliminate battery problems and fire issues in all counterparts.

The incident reminds us of the Note 7 saga, when hundreds of very Samsung Galaxy Note 7 models caught fire or exploded due to an inherent battery fault. Samsung, ultimately, had to recall all of its Note 7 units, causing huge losses in both profits and goodwill.

As for the recent iPhone that exploded, it’s still a rare case, as there haven’t been other reports relating to an iPhone XS Max catching fire.

Apple hasn’t said anything officially on the matter as of yet, so we can’t say for sure whether or not this issue will reside in other iPhone XS Max variants. Similar issues have been reported in Apple’s phones in the past as well and while it’s likely to be a battery problem with Apple’s iPhones, the company hasn’t reported on what exactly caused the issue.