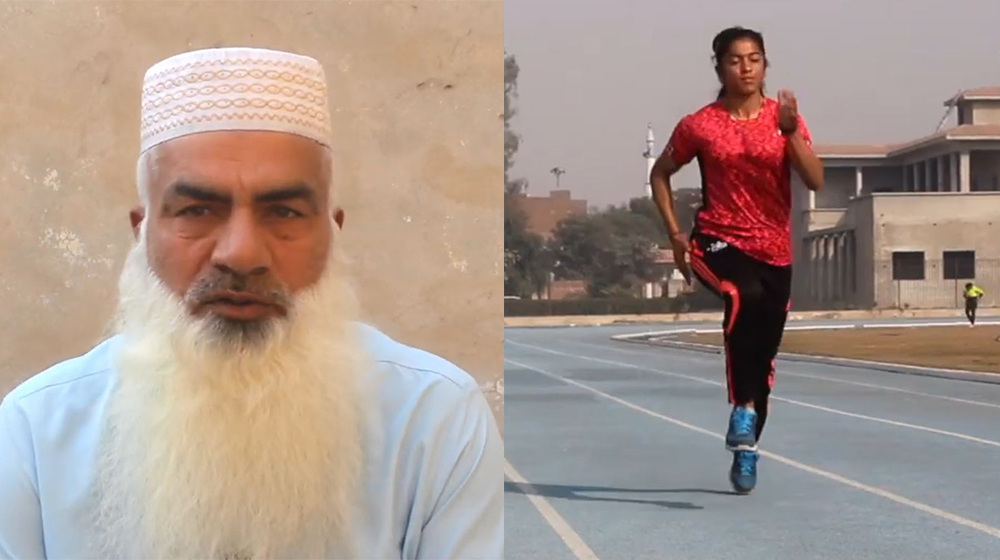 Sahib-e-Asra is not just killing competition but also killing stereotypes. She is Pakistan’s fastest female athlete and also happens to be the daughter of an imam (religious preacher).

The young woman, who is a native of Faisalabad, started her career as an athlete runner back in school, taking part in division and district level competitions as much as she could.

She soon proved herself and started to sprint at province-wide tournaments. It is then that she truly arrived, as she bagged a gold medal in one of those tournaments.

Asra was a gold medalist before she started of her professional career as a sprinter. She was intent on pursuing her passion despite the lack of resources for sportspeople in the country. She was told that support for sportspeople in Pakistan was far behind even when compared to countries like Bangladesh, yet she remained determined to continue.

The sportswoman said that her father, who is an imam, was rather supportive of her career as a sportswoman, despite what people could generally assume.

She also revealed that it was people that they knew, associates and acquaintances, that were opposed to the idea and tried to convince her father not to let her carry on with a career as an athlete. Asra said that her father paid no heed to the unsolicited advice and let her continue with her passion.

Extremely Supportive of his Daughter

When asked how he feels about his daughter pursuing her passion for sports, Qari Alam Khan said that when her school teachers told him that his daughter was a sprinter and a fairly good one at that, it made him happy.

He said that while he was proud of his daughter he was let down that the government was not doing much for athletes.

I am as proud of my daughter, as I am of my son.

One hopes that Asra continues to excel at what she does and that the government also takes notice of the promising young talent. It is high time that the cause of sports is promoted, supported and given the attention it deserves at all levels.