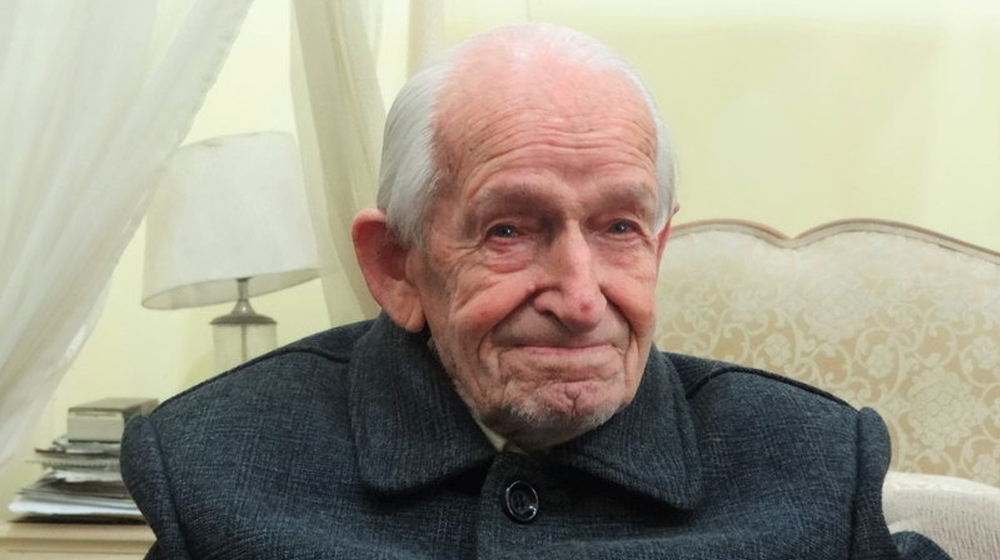 Major Geoffrey Langlands, teacher of Prime Minister Imran Khan, Farooq Laghari, and many other leaders of Pakistan has passed away on January 2, at the age of 101.

He has educated generations of Pakistanis including many leaders at the Atchison College. According to an official statement, “Aitchison College mourns the passing of Major Geoffrey Douglas Langlands MBE, CMG, HI, SPk who left us quietly on Wednesday, January 2, 2019, at 10:15 a.m. after a brief illness.”

“Born on October 21, 1917, and affectionately known to all as ‘The Major’, we acknowledge the life of a soldier, teacher, gentleman, story-teller, mountaineer and humanitarian whose life was devoted in service to others and especially his adopted country Pakistan.”

Major Langlands was posted to the Pakistan Army for one year in July 1947. Since independence, he has been living in Pakistan. Even after most British officers left the country on orders of the new government, he stayed on.

The new government granted him a contract, given his exceptional work. He started teaching in the Atchison College for Boys in Lahore and continued his teaching career. He also contributed in the establishment of Langlands School and College in Chitral where he taught for 24 years.

Soon after the announcement of his death came by the Atchison College, condolences started pouring in on Twitter.

Rest in Peace Geoffrey Langlands. Pakistan will be forever in you debt for your services. pic.twitter.com/0kjPQ0kApF

His demise is a huge loss to Pakistan; his services to the field of education and the positive influence of his teaching on his students will always be remembered.

Pakistan has lost a great friend and teacher of generations of its students. We today mourn Major Geoffrey Langlands CMG MBE HI SPk who passed away in Lahore aged 101. pic.twitter.com/XF6UJtAa1n

RIP Maj. #Langlands. No words, what an inspiring gentleman and what unbelievable service towards education all over Pak. #AItchison

Had the privilege of interviewing him in 2014. I was meant to be there for an hour. We ended up speaking for 5. He was as generous with his time as he was with his stories. Showed me photographs of a young Chaudhry Nisar, Farooq Leghari, Imran Khan, "the Bugti boys" and many more

His services for spreading the light of education in Pakistan will always be remembered. #GoodByeGDLanglands #ThankYouGDLanglands@ImranKhanPTI pic.twitter.com/AzFtqApgyN

Here is the video of Imran Khan wishing Major Langlands his 100th birthday.