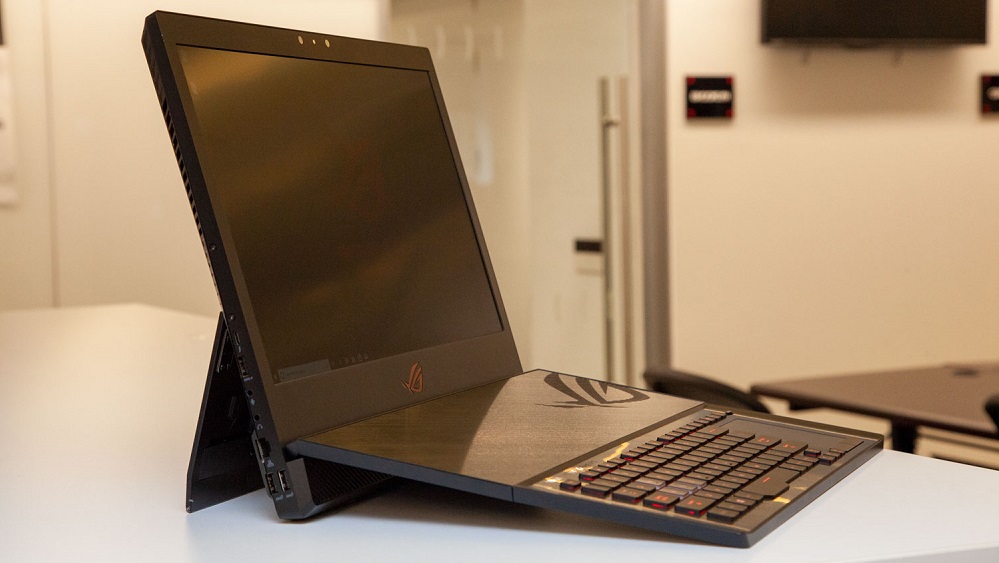 Is this the future of gaming laptops?

ASUS’s latest most radical gaming laptop design might fool you at first – just like it did for us. The latest ROG Mothership reimagines how gaming laptops should look like, to solve some of the biggest problems laptops face while gaming.

Revealed at the CES 2019, Asus ROG Mothership GZ700 looks more like a gigantic Microsoft Surface Tab than a gaming laptop, as the company has decided to stand the whole thing up, for better heat dissipation and to pack some cutting edge desktop-grade hardware inside it. Gaming laptops, no matter how modern or expensive, face heat issues mainly because of their form factor. The conventional laptop design blocks the airflow from the bottom.

The Mothership is a bulky, large piece of machinery, that uses a detachable Wi-Fi keyboard. The 17-inch gaming laptop has been made this way to use and preserve some high-end hardware and comes packed with an Nvidia GTX 2080 and a game-ready overclocked Intel Core i9 8950-HK. Other than that you can also install up to 24 GB RAM in this thing.

Call it a fully-equipped, yet portable gaming machine, or better yet, a Mothership.

The wireless keyboard is not Bluetooth-powered but rather uses Wi-Fi or wire to prevent latency issues. Asus says that people usually connect a third-party keyboard to game on a laptop, so it made more sense to make it this way.

The 17-inch display has a 144 Hz refresh rate and a 3ms delay, for an optimum viewing experience and has a 1080p resolution. It can sit in three different angles and is supported by a tablet computer-like kickstand on the back.

Other internals include Wi-Fi 6 support, 2.5G Ethernet, and a handful of connectivity ports. The laptop is using three 512 GB NVMe SSDs in a Raid 0 configuration for fast transfer speeds.

It’s still a new design, so we’ll need to wait and see whether or not the new Mothership gets some love from the gaming community.

Feel free to leave your thoughts below.