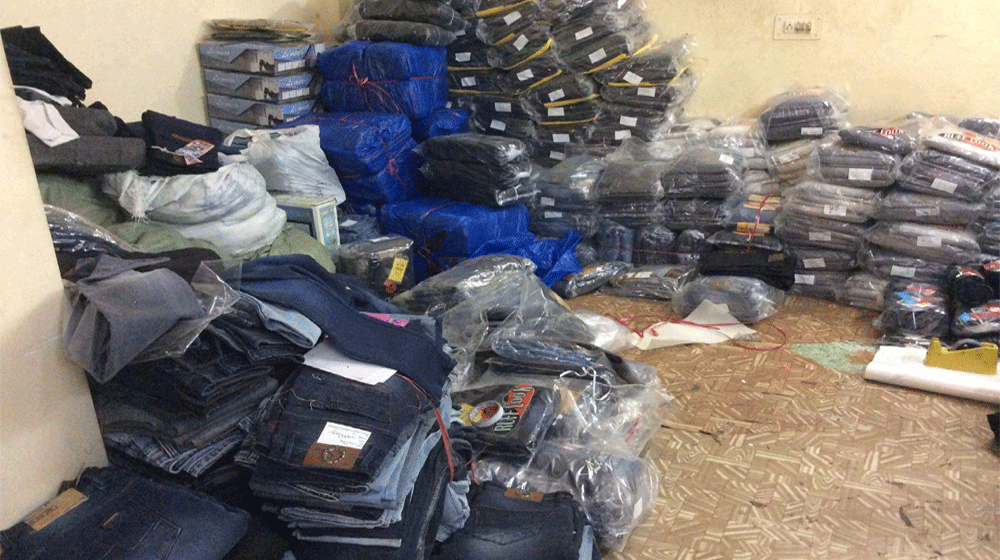 In a bizarre turn of events, officials from Karachi’s Airport police have been found involved in the theft of as many as 8000 export-quality pants worth millions of rupees.

A squad from the investigation cell of Karachi police, with the help of Citizen Liaison Committee (CPLC), raided Karachi’s Zainab Market and arrested a shopkeeper who was involved in the theft. The squad also recovered 334 pants worth Rs. 117,000 from his possession.

The investigation officials stated that the inquiry has confirmed the involvement of an organized group which stole the pants at the airport. The group includes officials from Airport Police stations, brokers and few shopkeepers of Zainab Market.

The investigation officer further revealed that an official of Airport Police Station, named Javed, has acquired pre-arrest bail, but they have nabbed a private broker, Yasir.

How the Case Unfolded?

On December 25, the manager of a well-known textile company Fayaz Ahmed registered a complaint with Korangi Industrial Area Police Station that European clients of his company are complaining of receiving lesser quantity in consignments.

He maintained that the company packs the exact quantity of pants in cardboard boxes but when it reaches to foreign clients, the number of pants is lesser. He doubted either the employees of the company or the brokers at the airport are involved in the theft. Fayaz complained that so far 8000 pants have been stolen from the consignments.

The manager maintained in his complaints that these organized thefts have not only cost his company a great financial loss but have also damaged its credibility in the foreign market.

The police started an investigation and within two weeks, it reached the culprits. Two of them are behind the bars, one on bail while another is at large. Police said they are carrying out raids for his arrest as well.