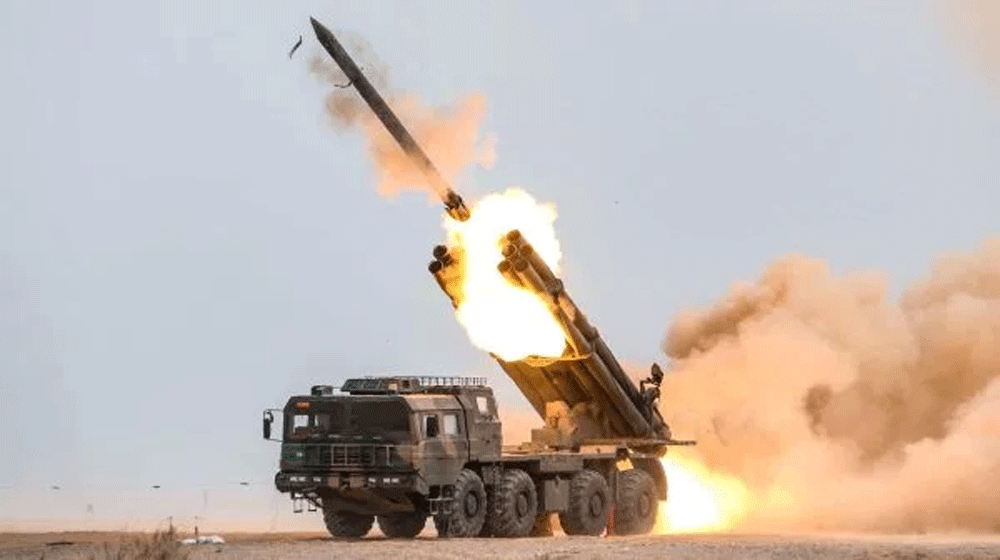 Another arrow added to the quiver, as Pakistan Army has inducted A-100 rocket in Multiple Launch Rocket System (MLRS) of its Artillery Corps.

According to the ISPR, the A-100 artillery rocket is indigenously developed by the Pakistani scientists and engineers.

“With over 100 kilometers’ range the Rocket is highly effective and potent for interdiction that can effectively disrupt enemy’s mobilization and assembly,” it added.

Chief of Army Staff General Qamad Bajwa, who was the chief guest at the induction ceremony, praised to scientists and engineers for developing A- 100 Rocket locally which shall augment the existing conventional firepower capabilities of Pakistan Army

General Bajwa, emphasized Pakistan Army’s resolve to strengthen conventional forces to meet the challenges of a full-spectrum threat. COAS said that the Pakistani defense industry has maintained steady progress in recent times and has contributed to the defense of Pakistan.