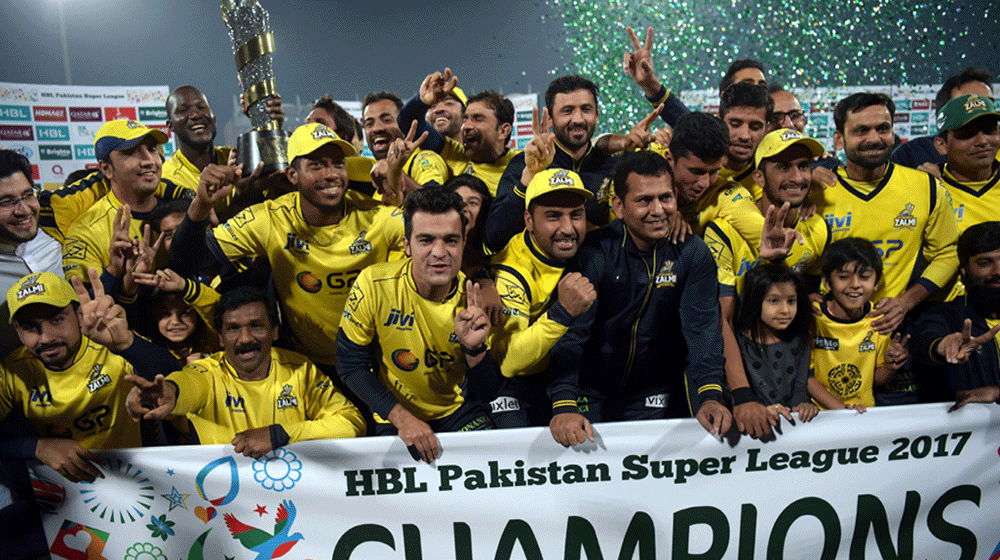 Arguably the most popular franchise of Pakistan Super League’s (PSL), Peshawar Zalmi, filled its players’ pockets with cash prizes after winning the title of the second edition.

Zalmi outplayed Quetta Gladiators in the final of PSL 2017 which was played at Lahore’s Qaddafi Stadium on March 5, 2017.

According to a leaked report, Zalmi players received cash prizes worth almost Rs. 4.3 million from the franchise.

The report reveals the total revenue report of the franchise in the first two seasons of the league.

As per the report, Zalmi obtained revenue of Rs. 130.67 million from the central pool. However, it didn’t mention the amount Peshawar Zalmi got from the sponsorship deal.

Following are the expenditure details of Zalmi for 2016:

This is how the franchise faced a financial loss of Rs. 230.72 million in the first edition.

In the second season, Peshawar Zalmi won the title and thus generated more revenue than 2016.

The total turnout for the Zalmi in 2017 was over Rs. 402.86 million, which was spent on the following things:

This reduced Zalmi’s deficit to just Rs. 20 million in the second edition.