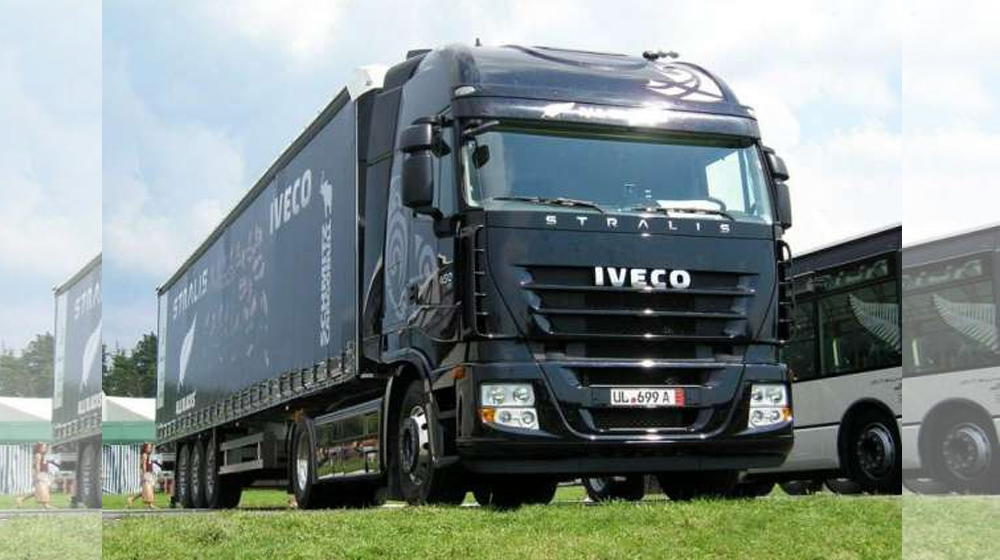 Master Motor Corporation (MMC) is going to begin the assembling of Iveco trucks in Pakistan this year.

The above announcement has been made by the company’s Chief Executive Danial Malik. He announced this while inaugurating MMC’s first modern 5-S facility and showroom in Sindh Industrial and Trading Estate Area.

“Master Motor is committed to the well-being of Pakistan. We have been importing Iveco trucks but now we have decided to start its assembly from the middle of this year,” he said.

The CEO further added that the Iveco vehicles and Foton and Fuso vehicles, already on sale, are OGRA-compliant. He also announced that the company will start producing the Changan brand vehicles in Pakistan from next month.

“This joint venture between Master Motor and Changan Automobiles from China, set up with the initial investment of $100 million, would provide 10 thousand direct and indirect employment opportunities,” said Danial.

He said that while the company has already set up 10 dealerships in major cities of Pakistan, the said dealership is the first 5-S facility.

Notably, Iveco is the first Italian automotive brand to enter the Pakistani market. The company plans to assemble 300 trucks in the first five years. After that, it will increase production as per the market demand.

The CEO said the Italian truck is suitable for long routes in China and Central Asia. He further told that the company has requested the government to get the approval of Greenfield status for the Iveco project.

Moreover, the production of Iveco trucks will be undertaken at the Changan plant located at Port Qasim, which will have a turnover capacity of 30,000 vehicles per year.

The total investment of both Chinese and Italian ventures amounts to $110 million and are claimed to provide 10,000 direct and indirect jobs.