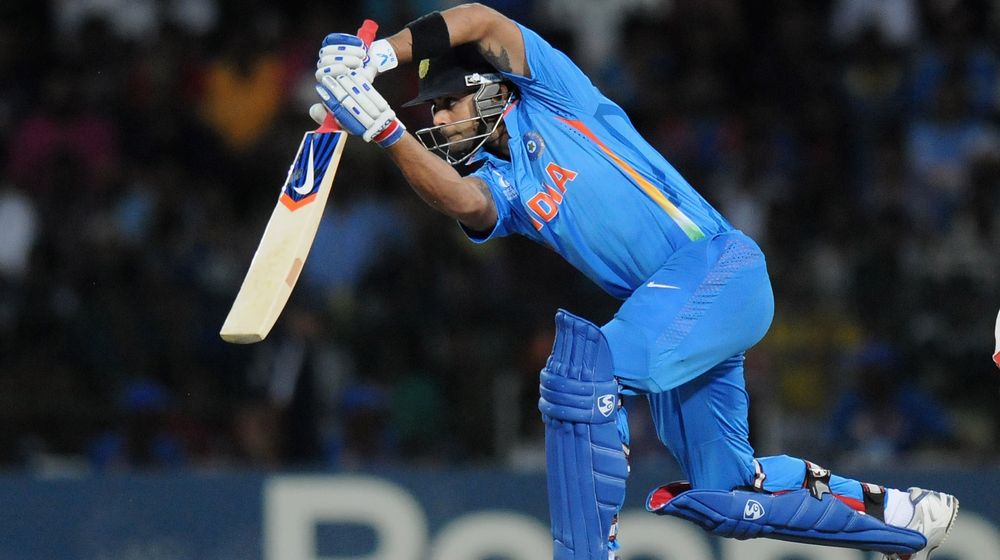 Pakistan cricket is known for producing top-class bowlers, but when it comes to batsmen, it is far behind the cricketing greats. This is the reason that when a batsman comes to the limelight, and that too due to his stylish batting and great potential, we are often stunned (read in a good way).

A local domestic tournament, Karachi Premier League, has unearthed a hidden gem, Osama Baloch, whose batting style matches none other than the great Virat Kohli.

Let’s not stop here…he is actually delivering with the bat. The batsman came to the attention on social media via a viral video where he steers his team to victory from a very tough situation.

The right-handed batsman came out to bat when Johar Bears were reeling at 37/5 while chasing 140 in 20 overs. The 18-year-old batsman from Dera Murad Jamali blasted 7 sixes in his 69 runs off 39 balls to guide his team over the line in the 18th over. Throughout the innings, there were glimpses of the champion batsman Virat Kohli, especially looking at how he stylishly played the deliveries on merit and that too in a chase.

Let’s see him in action.

The batsman won’t feature in the upcoming Pakistan Super League (PSL) 2019, however, he already has got the attention of many. With eyes watching him play, he needs to further step up his game and follow in the footprints of Indian captain to become a successful player in the future and press for a place in the PSL and the national side.

Osama’s hand-eye coordination looks spectacular and the batsman seems to follow his idol in whatever he does. Let’s hope he works hard like Virat and stuns the world with his classy batting.

Do you think he can perform the same if given the chance in the premier domestic tournaments and at the international stage? Let us know what you think!