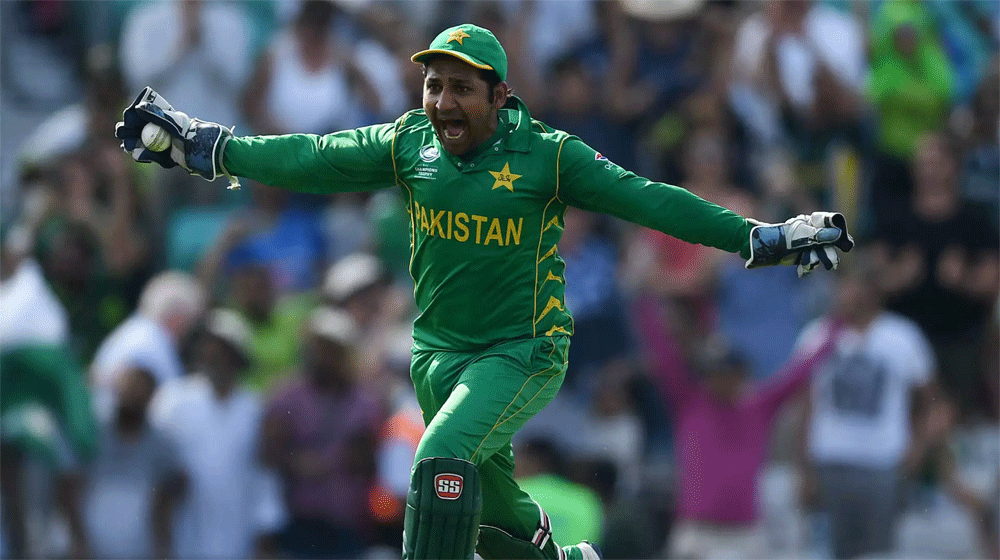 It is unfortunate for millions of Pakistani cricket fans that national skipper Sarfraz Ahmed has been recalled mid-series after being slapped with a four-match ban for an on-field banter. While he feels sorry for his words and vows to shift focus towards the forthcoming PSL tournament, it feels many things have gone unnoticed.

In his absence, the senior-most player with the team, Shoaib Malik, has taken over the reins for the remaining matches of the tour, and so far, is doing quite well.

Be it a political or a cricket field, our country’s electronic media always tries to act as a kingmaker. From team selection to match strategy to captaincy decision, a particular faction of the media tries to control everything, and Sarfraz’s case is no different.

Amid all the hustle, our so-called cricket experts and former cricketers on their payroll, have put a question mark on his capabilities as a team leader, and on his future in the team.

Country’s electronic media – which remained on the front foot in highlighting and propelling his on-field taunt, which was more of a mumble than a taunt – is now conspiring against Pakistan’s skipper regardless of the fact that it will only damage Pakistan cricket in the longer run.

And after Pakistan’s victory in the fourth ODI, the efforts to bring Shoaib Malik as a captain picked up the pace. Sports journalist, to anchorpersons to TV reporters, everyone began to question Sarfraz’s tactics and ability to lead. There was so much speculation on media that the board had to release an explanation that it has not taken any decision on changing of the captain.

PCB spokesperson, on Wednesday, said that the board announces the captain series by series and that the captain for the series against Australia would be announced likewise, hopefully after PSL.

The announcement was a complete rejection for the anti-Sarfraz faction, but instead, they started propagating that the PCB is unsure about Sarfraz’s captaincy future and it will announce its future strategies after PSL.

Why Sarfraz’s the Best Choice?

While his record as Test captain remains shady, there should be no question on his leadership in the limited overs cricket.

Let’s have a look at his record in ODIs and T20s as a captain.

As ODI Skipper: Sarfraz took reins of ODI captaincy after Azhar Ali stepped down in early 2017. His first significant task a captain was the ICC Champions Trophy 2017 – and the rest is history. So far, Pakistan has played 35 50-over games in his leadership, have won 21 and lost just 13 of them. With these stats, his winning percentage remains 61%, second only to Shoaib Malik and Saleem Malik.

As a T20 Skipper: Sarfraz is currently the world’s best T20 captain. The Green Team has won 29 out of 33 matches played in his leadership.

Why Not Malik as a captain?

While Malik remains as the most successful skipper in Pakistan’s ODI history, with 25 wins out of 37 matches, there are two significant reasons why he should not lead Pakistan in the future:

With the backing of the PCB chairman Ehsan Mani, Head Coach Mickey Arthur and the Chief Selection Inzimam-ul-Haq, Sarfraz’s case is still pretty much stable. But given the history of the board succumbing to media pressure, his overall performance in PSL 4 is most likely to decide his future.