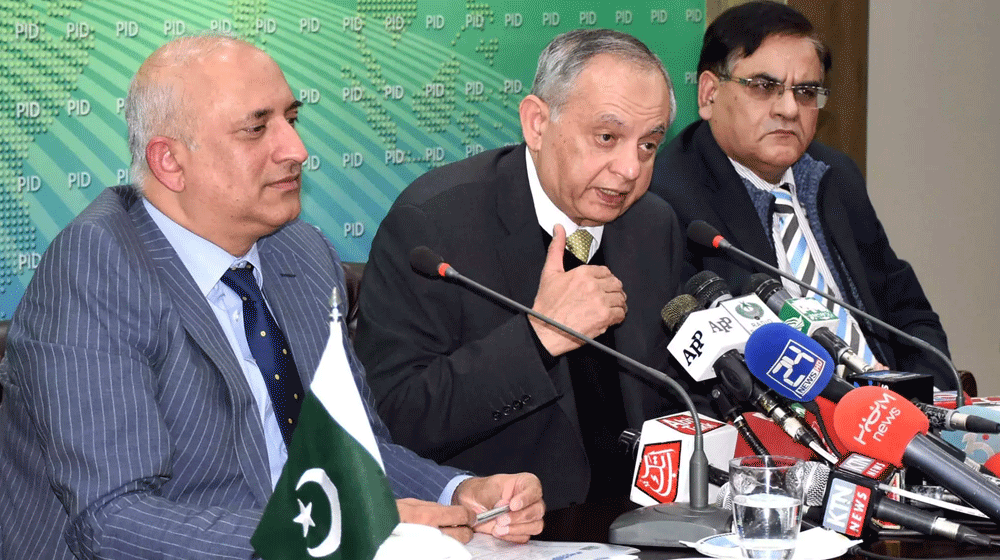 In a bid to move towards Prime Minister Imran Khan’s promise of Ease of Doing Business (EODB), the government has decided to reduce the number of corporate taxes from 47 to only 16.

Chairman Board of Investment (BoI), Haroon Sharif, announced the unprecedented move while holding a joint presser with Adviser to the Prime Minister on Commerce, Textile, Industry, and Production, Abdul Razak Dawood.

Haroon said the government has taken significant steps towards the goal.

“We have simplified the tax payment procedure, for instance, and we have reduced the number of taxes on the corporate sector,” Haroon said, adding that the businessmen can now pay their taxes online.

He said the government was planning to frame laws to ensure easy access to banking credits for the business community.

Haroon mentioned that Pakistani embassies abroad have been directed to establish special visa desks for investors.

Speaking on the occasion, Abdul Razak Dawood said the government was determined to create maximum opportunities for local and foreign investors.

He said the aim was to improve Pakistan’s ranking in the niche of ease of doing business and to bring it among the top 50 countries.

“Pakistan currently is ranked at 136 in the ease of doing business; the government aims to bring it down to less than 100 in two years and among top 50 countries in the next five years,” Razak said.

He maintained that within just five months, the PTI-led government has jumped 11 places in the index of ease of doing business and vows to speed it up as it is necessary for attracting foreign direct investment.

“When the current government assumed the office, Pakistan was ranked at 147 in the ease of doing business, and due to several short-term measures, it improved to the current 136th number,” he said.

He said the BoI is working in close coordination with the federal and provincial governments to simplify the taxation system.

He said the government has taken the Federal Board of Revenue (FBR), Securities and Exchange Commission of Pakistan (SECP) and provincial governments on board to start a one-window facility for the investors.