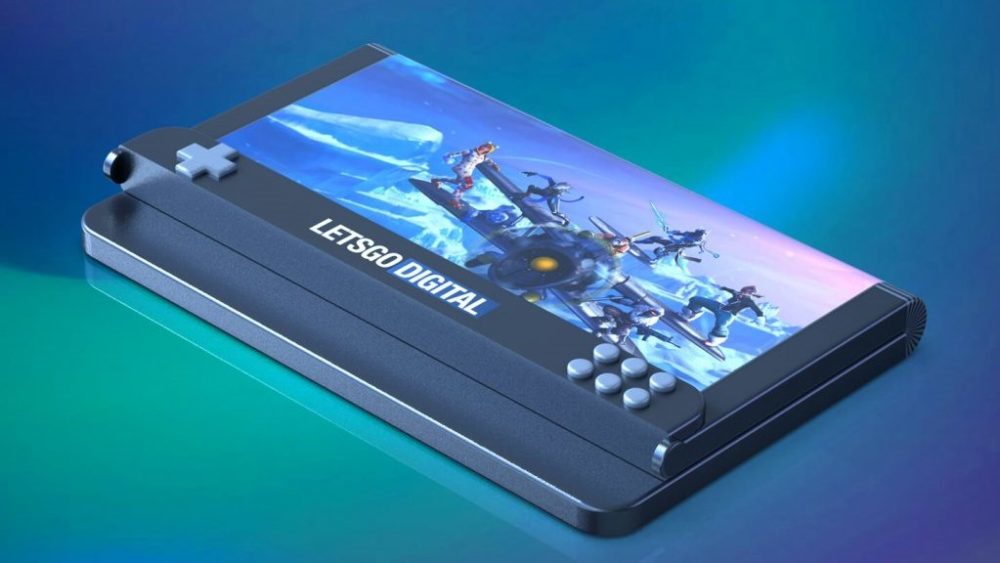 Are foldable gaming phones the future?

Foldable phones seem like all the rage right now. Most major manufacturers are experimenting with foldable phones such as Huawei, Xiaomi and even Samsung.

All 3 of them have shown off their versions of various foldable phones either on stage or in videos posted on social media, but we don’t have any official product of any manufacturer yet that features a foldable display.

Gaming phones is another category of Smartphones that isn’t popular with the masses. However, Samsung wants to change the way we think of gaming phones and they are combining the latest trend of foldable phones with these gaming ones. Or at least that’s what we believe is about to happen according to these leaked patents.

There’s still some weeks left for Samsung to reveal their first foldable smartphone, rumored to be the Galaxy F, but that doesn’t stop Samsung of dreaming of the next best thing they could come up with. And that’s a gaming phone with actual physical buttons. 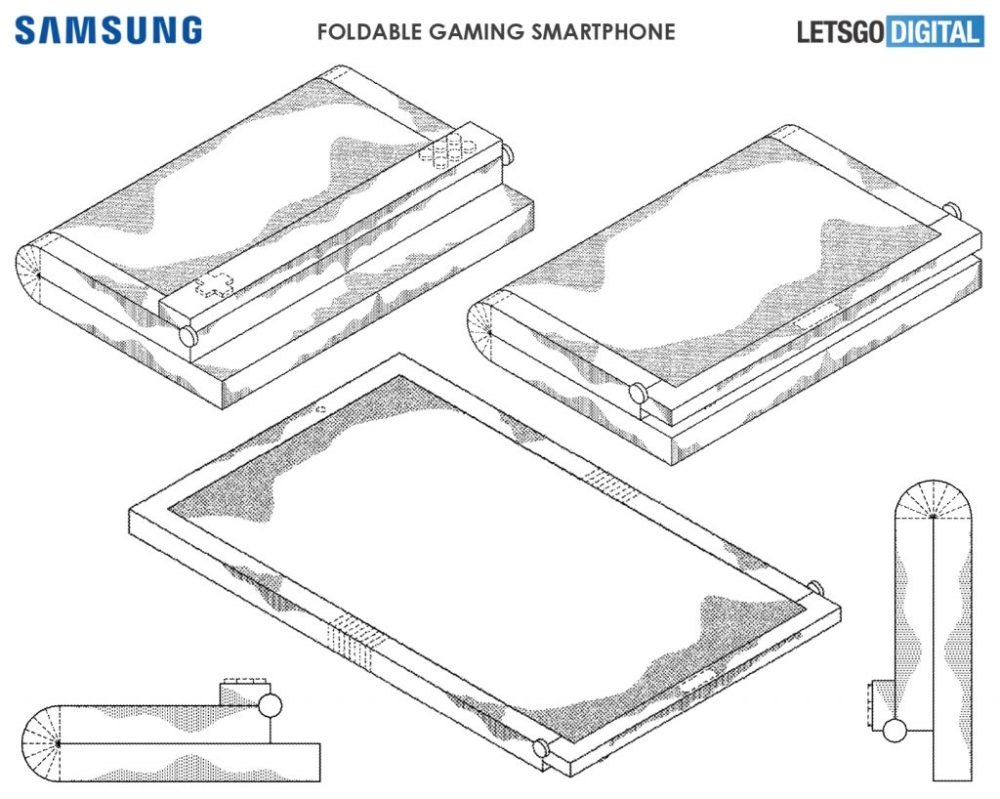 The US Patent and Trademark Office (USPTO) has published a patent for a Samsung phone that features a foldable screen. The patent itself was filed back in October 2017 and published on 29th January 2019.

The patent shows a rectangular device which folds right down the middle. When fully stretched, you can use the physical buttons available to control whatever games will be supported on it or supposedly navigate through the UI as well.

There are six buttons and a directional pad on one side of the display. When the phone is folded, you can also hide the physical buttons when they are not in use. 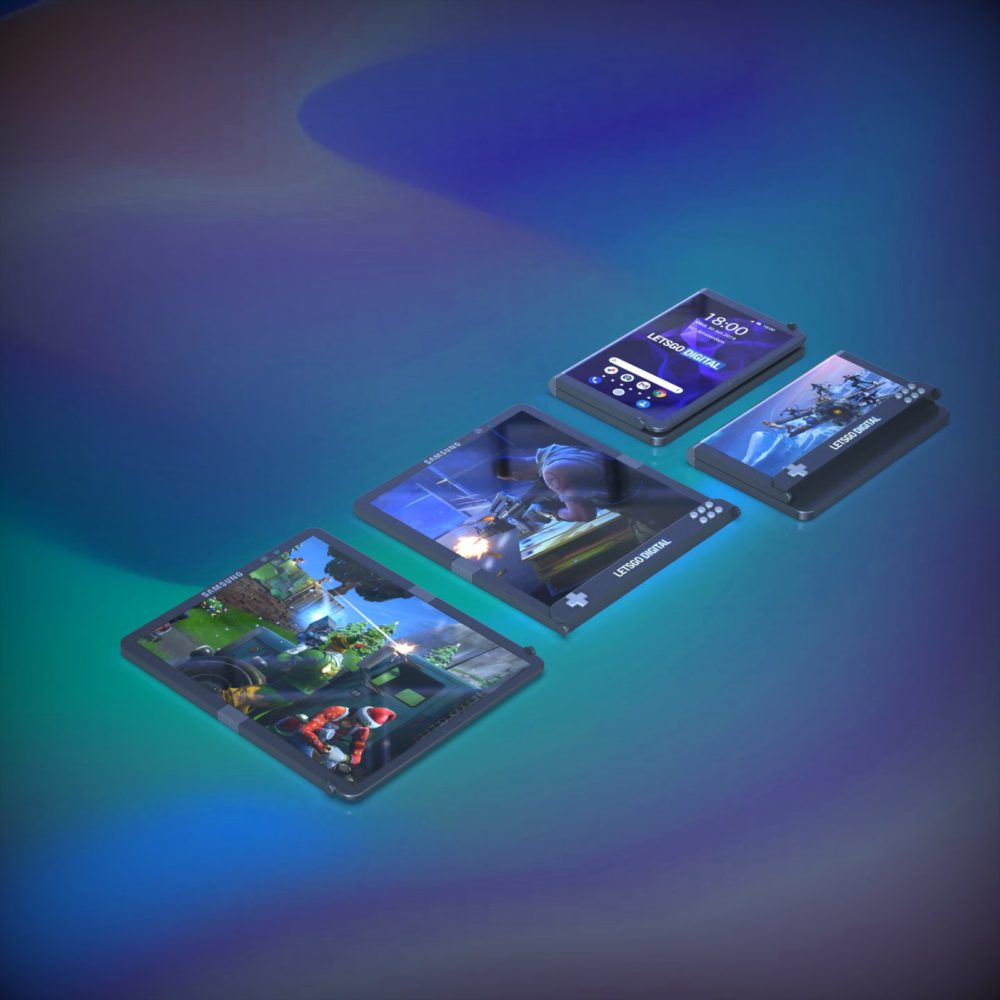 The patent itself only shows a few sketches of the alleged foldable gaming phone but a blog called, LetsGoDigital, went ahead and not only compiled the sketches but also made renders of the device based on the sketches.

And the renders actually do look pretty good. We’re not sure how practical this device actually will be or even if it actually ends up launching in the future. 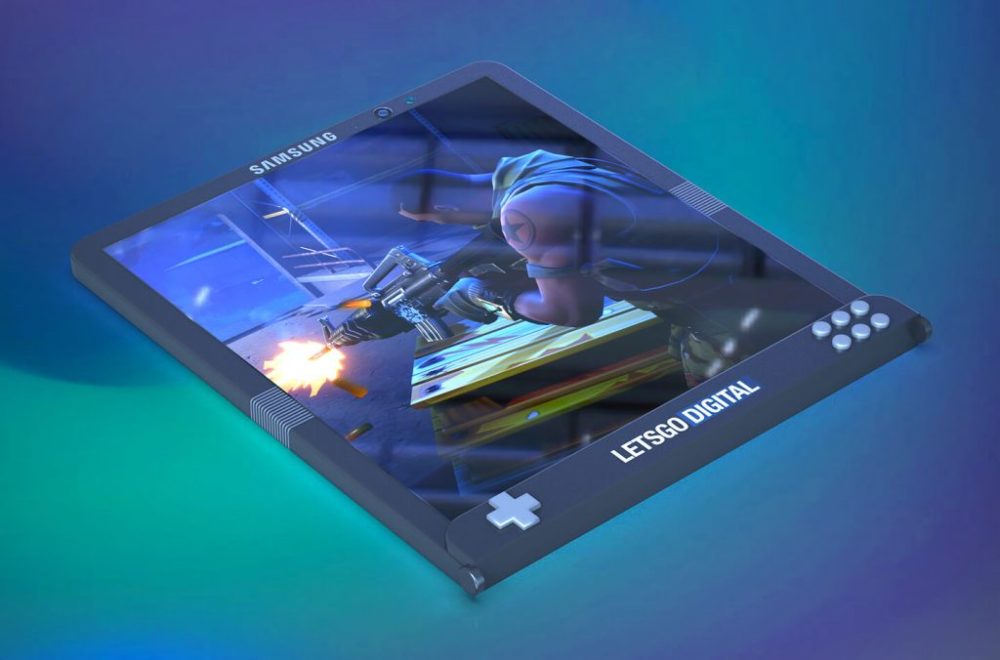 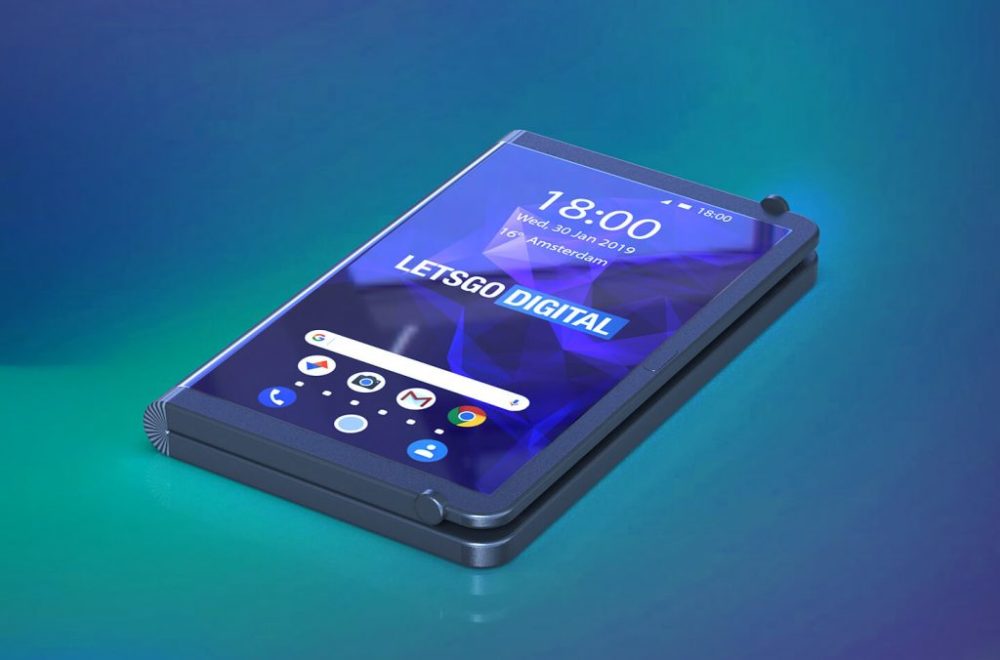 More on the future of foldable phones will probably be revealed by Samsung during the Unpacked event they at Mobile World Congress (MWC).