Finally catching up with WhatsApp and Telegram.

Facebook is adding a message recall feature to its Messenger app that will allow users to remove messages from a conversation after they’ve been sent.

This feature works pretty much like WhatsApp’s message delete function, where you can choose to either “Remove for Everyone” or “Remove for You” for a message that has already been sent to a one-on-one chat or a group conversation. 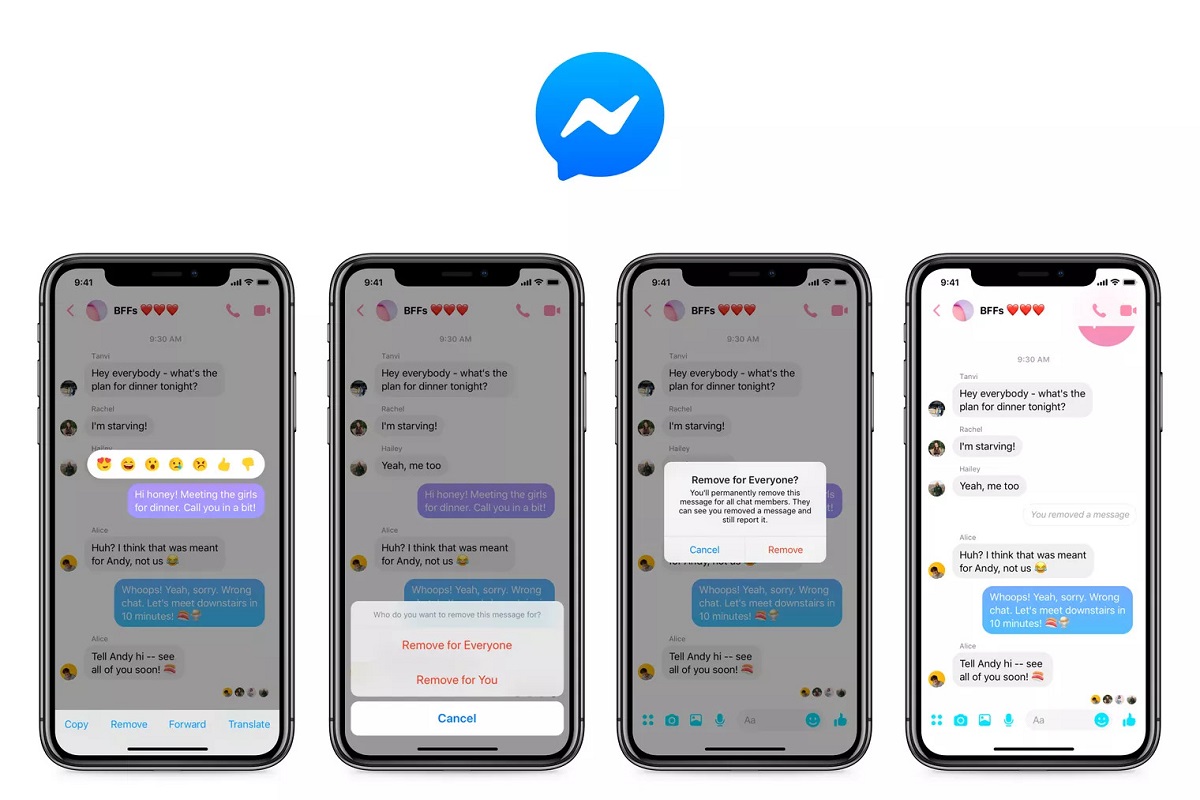 If you accidentally send a wrong message to the wrong person, or if you wish to correct your typo, you can remove the message which will then be replaced by a text telling the other users that the message has been removed.

Pretty much like WhatsApp, you only get a 10-minute window to remove your text. When the 10-minute duration expires, you’ll only be able to remove the message from your device and the other person(s) would still be able to see your message.

It’s about time Facebook decided to add this feature to Messenger. Other well-known IM services like WhatsApp, WeChat, and Telegram have supported this functionality for quite some time now.

In April of last year, Facebook CEO Mark Zuckerberg was caught using this feature on his social network, as a number of messages sent by the CEO mysteriously disappeared from the conversations. This ability was only available to Mark Zuckerberg on Facebook, and other executives according to reports.

Facebook admitted that the CEO indeed could retract his sent messages, and most of his texts could expire over time.

This was brought up by the media on a number of occasions, as the people complained that Facebook prefers to give more to its higher-ups than its general users because the feature was only available to company executives and not to the general public. After which, Facebook said that it will unroll a similar feature for its audience in a ‘few months’ (it took nine months) but needs to work on it a bit more to make it more usable.

Facebook pledged that Mark Zuckerberg won’t be able to use the feature until everyone got the same power. For the average user, the delete function has been improved even more to “provide broader functionality to people using Messenger”.

The update will be unrolled to most Messenger users on iOS and Android today.