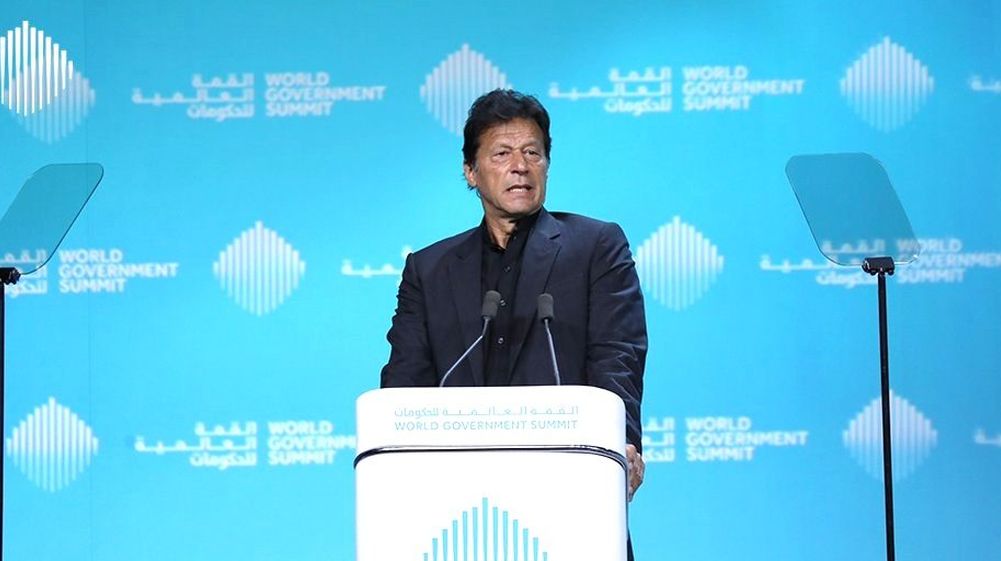 Prime Minister Imran Khan, while appraising the international gathering at 7th edition of World Government Summit about his government’s reforms agenda, told the world investors that it was high time they invest in Pakistan amid relaxed visa regime and openness for ease of doing business.

Themed “shaping the future of governments”, the Summit attracted the global policy makers from governments and the private sector. In total, more than 4,000 decision-makers from 140 countries, including heads of state, ministers and business leaders, gathered at the international event to help shape the future of the planet.

The prime minister’s day-long visit came at the invitation of Vice President and Prime Minister of the United Arab Emirates, and Ruler of Dubai, Sheikh Mohammed Bin Rashid Al Maktoum.

Prime Minister Imran Khan said that during his international cricketing career, he had seen a lot of players with immense talent but they never made it big due to lack of confidence and they did not take risks. Eventually, the ones who took both chances and risks were the ones who made it big, he added.

Highlighting his government’s measures to tackle the fiscal deficit by increasing the exports and attracting the investment, the prime minister said it is time Pakistan takes off.

He said the government had opened up the market to investors and allowed them to make money that would ultimately bring the people out of poverty.

He said the government was bringing serious reforms to bring ease of doing business, besides introducing tax reforms.

Citing the immense tourism potential in Pakistan, the prime minister said his country was home to one of the best mountains, half of the world’s highest peaks, 1000 kilometer long coastline, the oldest civilizations and the oldest living cities.

Besides, Pakistan also has a huge potential of religious tourism as it is home to the worship places of Hindus, Sikhs and Buddhism. “For Sufism, we have the highest number of Sufi shrines,” he added.

The prime minister said Pakistan had opened up its visa regime and announced visa on arrival facility for 70 countries.

The prime minister told the audience that three factors, including cricket, experiences during the treatment of his cancer-patient mother, and witnessing the journey of development by other states compelled him to come into politics.

He said that in the 1960s, Pakistan was the fastest growing nation in Asia with excellent governance system and bureaucracy. But unfortunately, it could not keep up the pace as meritocracy lost space to corruption.

PM Imran said that during his campaign for the cancer hospital, even the poorest of the poor had supported him but the same people did not pay taxes just because they lacked trust in the government owing to the lavish lifestyle of the elite and a high level of corruption.

He said to have witnessed the development journey of the UAE and China, and found good governance and accountability as the commonalities in both cases.

The prime minister believed that the cleaner and accountable the government is, the better the country is.

He said Pakistan could not bring up the cricketing talent as it lacked meritocracy and a head-hunting mechanism like Australia.

He applauded the Chinese achievement of steering around 700 million people out of poverty through prudent and humane policies.

Imran Khan shared his desire to develop Pakistan on the pattern of State of Madina, which had laid the foundation of the greatest civilization in the history of mankind, based on the principles of justice and humanity.

He said that the model (Madina State), the state takes responsibility for the poor, orphans and widows. The Holy Prophet Muhammad (Peace Be Upon Him) made seeking knowledge a sacred duty and gave protection to the non-Muslims. His last sermon was a charter for human rights, he added.

He said his party could only form a government in the terror-hit province of Khyber Pakhtunkhwa in 2013. It reformed police and bureaucracy, reduced the poverty to half and spent money on climate change, and as a result, it was given a two-third majority by the people in the 2018 general elections.

The PM said his government had launched his reform agenda and was trying to change the economic policies, cut fiscal deficit and enhance exports.