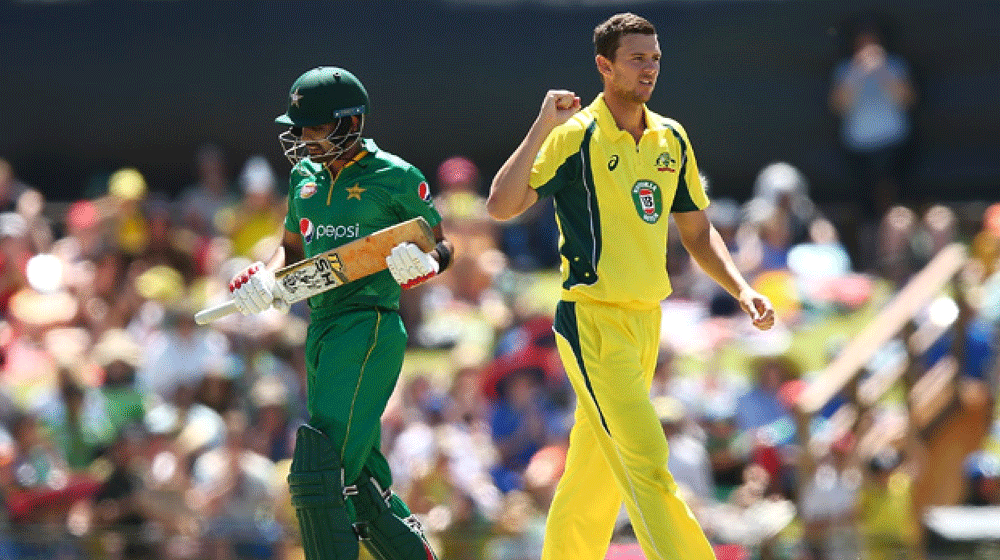 Australian pacer Josh Hazlewood has been ruled out of the one-day international series against Pakistan due to a back injury.

According to Cricket Australia’s physiotherapist, David Beakley, Hazlewood’s injury is similar to the one that kept him away from cricket for six months last year.

Hazlewood has said that he is aiming for a return by World Cup warm-up games. However, a follow-up scan on Friday should shed more light on his progress.

I think we will know a lot more after tomorrow. Hopefully it will all go according to plan. Everything feels fine, so training’s coming along nicely, progressing every week. I think we’ll work back from the World Cup really and make sure everything’s right for that, which gives me plenty of time.

Australia is scheduled to face Afghanistan in the first World Cup group game on June 1. Before that, the Kangaroos will play three practice matches scheduled at home against New Zealand in May.

Australian pacer Mitchell Starc is also trying to regain fitness ahead of the series against Pakistan. He picked up a left pectoral injury during the second Test against Sri Lanka and was ruled of the tour to India which starts later this month.

He is, however, optimistic about playing the ODIs against Pakistan next month. While talking to reporters earlier this week, Starc mentioned that he was eyeing a return to the squad when Australia take on Pakistan in March.

“The UAE is around the 15th of March so if all goes to plan I should be pretty sweet to be available for that one,” Starc informed at the Australian Cricket Awards in Melbourne on Monday.