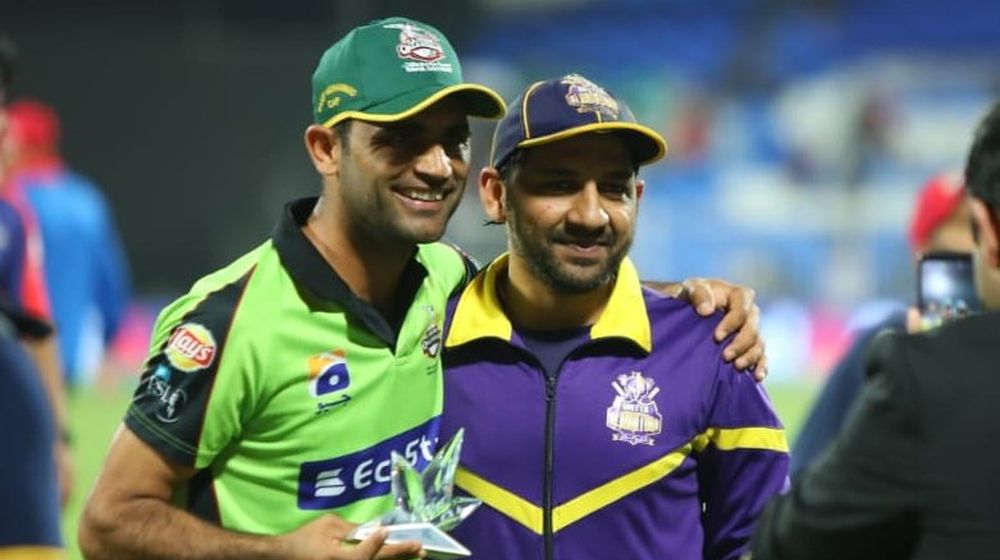 Fakhar Zaman will be leading Lahore Qalandars for the remainder of PSL matches. He led his team to victory against Quetta Gladiators in his first outing as the captain.

The left-hander has replaced AB de Villiers following his unavailability for the entirety of PSL. A private media outlet reported that Mr 360 will be available for two matches in Pakistan and one in the UAE.

The mid-season change of captain raised some eyebrows as cricket fans feared that AB might not travel to Pakistan following the recent Pakistan-India tensions. However, the rumors have been laid to rest as AB was quoted as saying:

Pakistan has a very rich history in cricket. They’re a very proud cricket nation & have a rich tradition. I feel they deserve to have cricket in their home country. If I can contribute, in any way, in helping that happen, I am very happy to do so.

While the exact reason behind him leaving the Qalandars for a short spell is unknown, he will be back for another stint of three matches with the franchise.

Lahore Qalandars are set to play two league matches in Lahore, and if they qualify, they can get a maximum of three more matches, including the final. The question arises, how will the South African manage these matches, if Lahore Qalandars qualify for the playoffs, and which matches will he play.

Don’t know which team is leading? Check out the PSL Points Table.