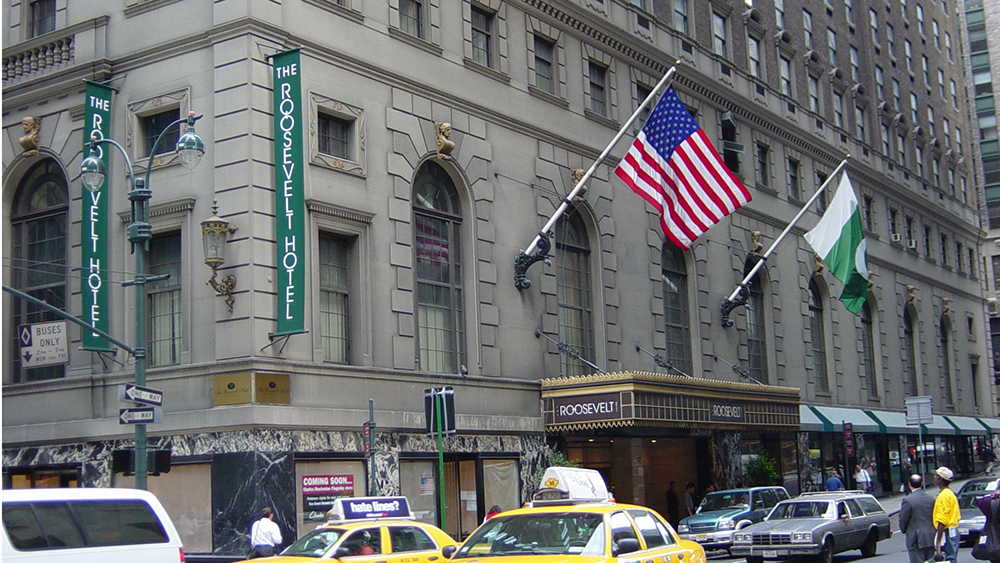 The government has given a go-ahead for the renovation of Pakistan International Airlines’ (PIA) Roosevelt Hotel in New York to transform it into a ‘mixed-use’ building in an attempt to make it profitable.

Reportedly, the Cabinet Committee on Privatization has been informed that Roosevelt Hotel’s renovation would cost $27 million and is expected to complete by April 2020.

The meeting was apprised that several studies have shown that the hotel site can be converted into a mixed-use building. Moreover, the Civil Aviation Division (CAA) presented a way forward before the cabinet committee regarding the conversion of the hotel site into a mixed-use building. The committee was told that the conversion can help generate incremental revenue.

PIA Confirms Its Not Selling the Roosevelt Hotel in the US

The committee deliberated that the process to convert the Roosevelt site into a mixed-site building should be initiated. However, a professional study needs to be undertaken to make an informed decision.

Notably, the Roosevelt Hotel was opened in 1924. It is named after the former US president Theodore Roosevelt, who happened to be the governor of New York State earlier.

The hotel has 1015 rooms including 52 suites. Some of these suites are among the most luxurious in Manhattan.

PIA had proposed to hand over its key assets, including Roosevelt hotel, to creditors. It was to pay off the liabilities worth of Rs. 352 billion and make the national airline financially viable. However, the proposal was not approved.