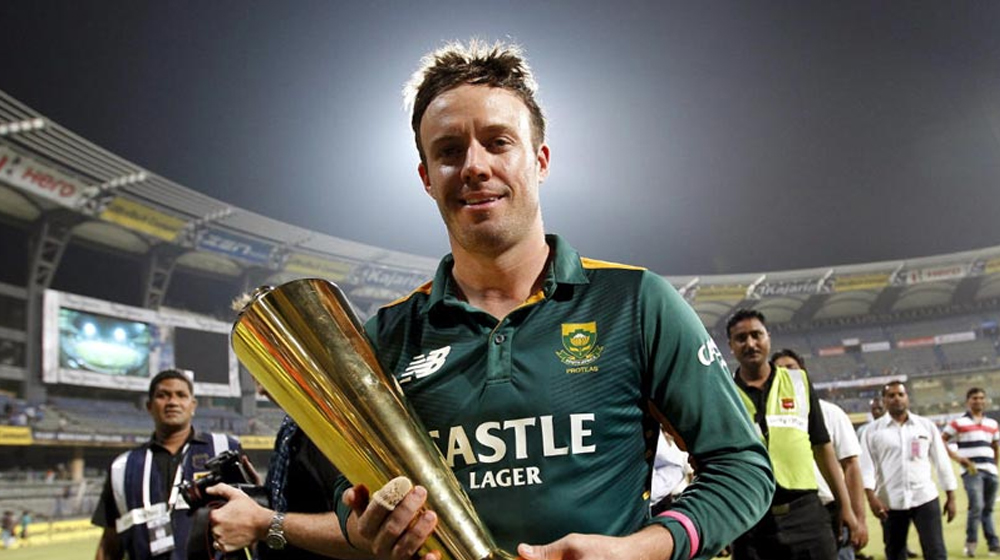 One of the greatest modern-day cricketers, AB de Villiers, claims that he is happy to play a role in the revival of cricket in Pakistan.

Talking to the official members of PSL, de Villiers said:

I just hope we play some good cricket over there and win some games. Ultimately, the fans want us to play good cricket and win games. Hopefully, we get to entertain them as well. So, my message to them would be to come out in big numbers and support us and we will hopefully return that by winning some games.

He further added “I feel Pakistan deserved to have cricket in their home country. I really feel they do. If I could contribute, in any way, in helping that happen, even if it is 0.01 percent then I am very happy to do so.”

Known as Mr. 360, de Villiers has already lit the tournament with his quality. He said that the quality of PSL is one of the best he has been involved in.

It is right up there with some of the best cricket that I have played. May be, it’s just below the IPL when it comes to quality of cricket. It’s second to none, may be third to none. I think it is a very well organized tournament as well and really have competitive matches of cricket, which is great.

AB de Villiers spoke at length regarding the quality of the bowling in PSL. The 35-year old further talked about the flat batting-wickets and how it is making the competition more fun for neutrals.

There is some good bowling but it depends on where you play. The wickets in Sharjah were quite flat and more batsmen-friendly. In Dubai, I always feel that the bowlers are in the game as there is little bit of movement with the newish ball. But, yeah, I think the bowling attacks are really competitive. Then some international bowlers are around as well that top-up the bowling even more.

While answering the question regarding which team he will be backing for the upcoming World Cup, de Villiers said: “It’s difficult to say who will win. You can’t look past India and Pakistan in the ODIs. Pakistan won the Champions Trophy, England are the hosts and you cannot discount Australia. South Africa would like to think they can win, so these are the five I have named who are the real big favorites,” he said. “The West Indies are playing good cricket, so it’s difficult to single out a team or two. On my experience and having done it before, I think India and Pakistan have probably the best chance.”