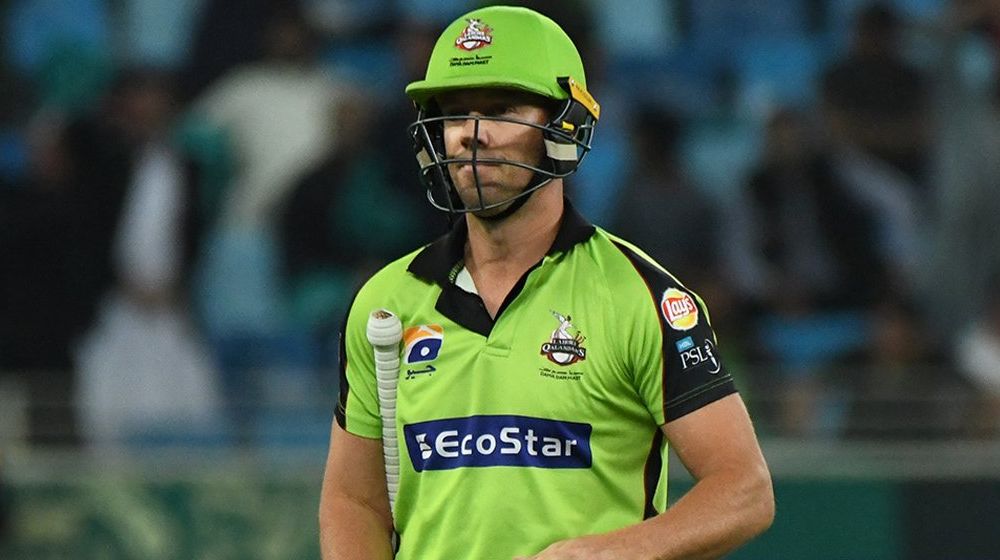 The Lahore Qalandars’ star player – AB de Villiers – will not be able to rejoin the squad due to a back injury he sustained earlier in the PSL.

It was initially decided that AB will return to join the squad for Qalandars final two league games but following a back injury, he has been advised rest by doctors.

“It’s a disappointing news for Lahore Qalandars management and its fans that AB de Villiers will not be able to make it for Pakistan’s leg of PSL but we wish him a speedy recover . He is a wonderful player and an amazing person ,” Sameen Rana, the manager of Lahore Qalandars said in a statement.

Any update on replacement, if any, will be communicated in due course.

I am very disappointed that I will not be able to play in front of the passionate Pakistani cricket fans. I saw my doctor who has advised complete rest for two weeks and, unfortunately, that rules me out of the games in Karachi.

I hope to be a part of the HBL PSL next year and very much hope to play my part in the return of international cricket to the country. I am backing Lahore Qalandars to go all the way and win the trophy this year.