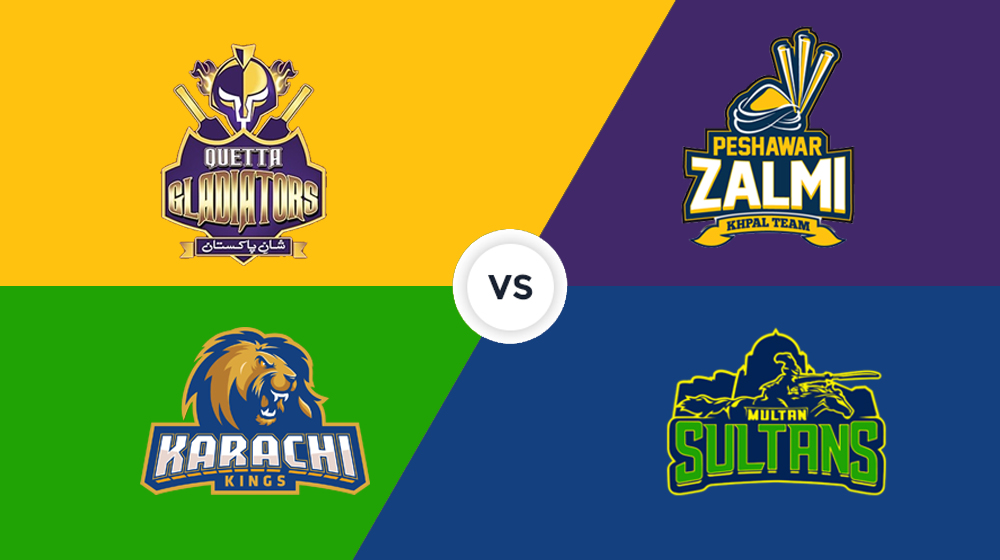 The first of the two matches scheduled for today is between two teams gunning for the top spot; Quetta Gladiators and Peshawar Zalmi whereas the second match will be between a struggling Multan side and Karachi Kings.

As the tournament enters the closing stage of its initial phase, each team is fighting to finish strongly.

Having played 7 matches each, both teams have an identical record thus far: 7 matches played, 5 won and 2 lost – 10 points each.

However, Peshawar sits at number 1 position due to a higher net run-rate (NRR). Today’s match will probably decide which team finishes ahead of the other one.

This has been a yet another disappointing campaign from Multan and Karachi; both teams sit at the lowest positions on the table, sixth and fifth respectively.

Hopes for a qualification for Multan are all but over as the Malik-led team has played 8 matches and won only 2, ending up with 4 points. Their last hope is now dependent on the performance of Lahore Qalandars and Karachi Kings.

Karachi Kings’ situation is still not as bad as they are competing with Lahore Qalandars for the 4th and final qualification place.