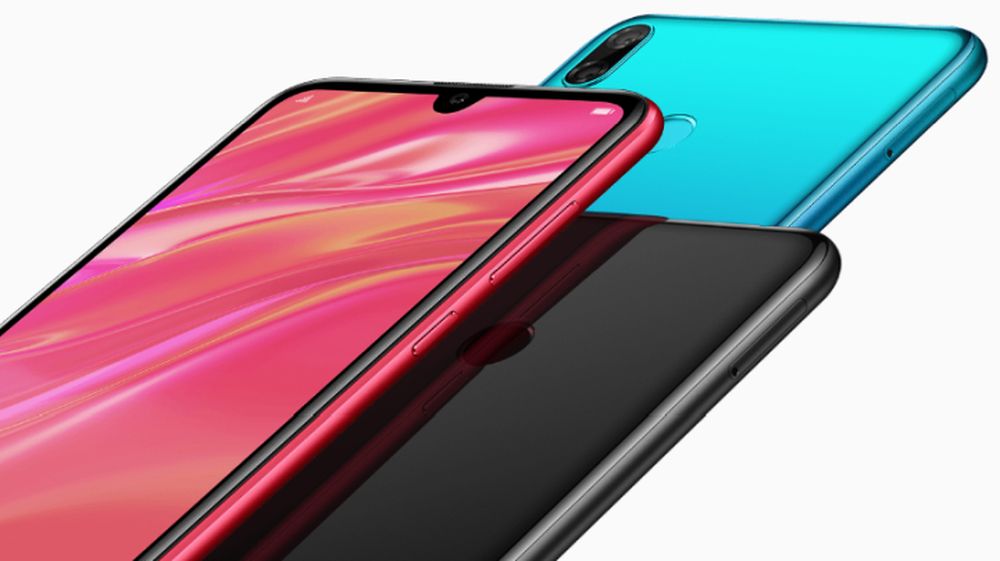 Predecessors of Huawei Y7 (2019) took the lower mid-range market by a boom last year. This time around, Huawei introduced an upgraded version of Y7, however, its specifications are almost similar to the Y7 Pro, except for the downgraded selfie camera.

Featuring a 6.26-inch display with a reasonably good resolution, Y7 Pro will be a new thing in the mid-range market, especially among youth due to its glamorous exterior.

Let’s dive into the details:

Y7 (2019) design is somewhat similar to the Huawei nova 3i. The notch houses the selfie camera, while the notification LED is placed in the notch similar to Nova 3i and Honor 10 lite. The bezel at the bottom holds the company’s name. It is available in Aurora blue, coral red and midnight black.

It is powered by the Snapdragon 450 chipset – a 1.8 GHz octa-core processor – similar to Y7 Pro (2019). The GPU is Adreno 506. while the phone runs Android 8.1 Oreo with EMUI 8.2. It’s sad to see that there are still phones coming out that are based on the older variants of Android.

Only one variant with 3 GB RAM and 32 GB in-built is offered. The memory is expandable by up to 512 GB via a microSD card.

There is a dual sensor camera with a 13 Megapixel primary sensor and 2 Megapixel secondary sensor that is actually a depth sensor. The selfie camera is a regular 16 Megapixel camera.

The large battery with 4000 mAh capacity is the star of this smartphone which, when fully charged, lasts for as long as 2 days. Unfortunately, the battery is not backed by fast charging so charging it will be a hassle – it takes 4 hours to charge completely.

The phone has been priced at $216, slightly higher than what you would expect to pay for such a phone.