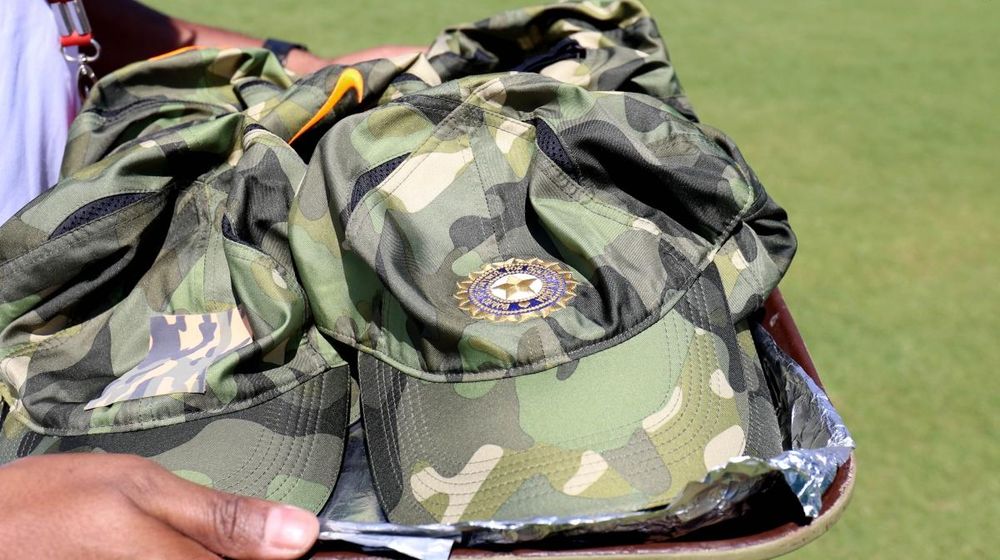 In an unprecedented move, the Indian cricket team is wearing army caps to pay tribute to the victims of Pulwama incident and the Indian army.

While this may be done to show solidarity with the armed forces, it might actually be a breach of the ICC code of conduct.

One of the rules, under the sub-section ‘Personal Messages’, states:

Players and team officials shall not be permitted to wear, display or otherwise convey personal messages through arm bands or items affixed to clothing or equipment (“Personal Messages”) unless approved in advance by both the player or team official’s Board and ICC Cricket Operations Department. Approval shall not be granted for messages which relate to religious, political or racial activities or causes.

The code of conduct further reads, “The ICC shall have the final say in determining whether any such message is approved. For the avoidance of doubt, where a message is approved by the player or team official’s Board but subsequently disapproved by the ICC Cricket Operations Department, the player or team officials shall not be permitted to wear, display or otherwise convey such message in International matches.”

And to encourage countrymen to donate to the National Defence Fund for taking care of the education of the dependents of the martyrs #JaiHind pic.twitter.com/fvFxHG20vi

The commentators were also made to wear the camouflage caps.

A look at the comm box as they sport the camouflage caps#TeamIndia #JaiHind 🇮🇳🇮🇳 pic.twitter.com/saSmfnVJeC

In one of the tweets, BCCI shared a picture of MS Dhoni presenting the cap to Virat Kohli saying:

Amid the recent tensions between Pakistan and India, the Indian cricketers have been actively seen politicizing the game. Bringing the army into the sport, especially in the wake of recent tensions, is clearly political. While the Pakistani side is trying to diffuse the tensions.

It remains to be seen whether the ICC takes notice of the matter or not. If it doesn’t, it would clearly reflect BCCI’s influence in ICC. There are also a number of Indians occupying top positions in international cricket’s governing body.

Another such incident took place when South African spinner Imran Tahir was reprimanded – citing the display of personal message without prior approval from ICC – for paying tribute to the Islamic scholar Junaid Jamshed after his death.