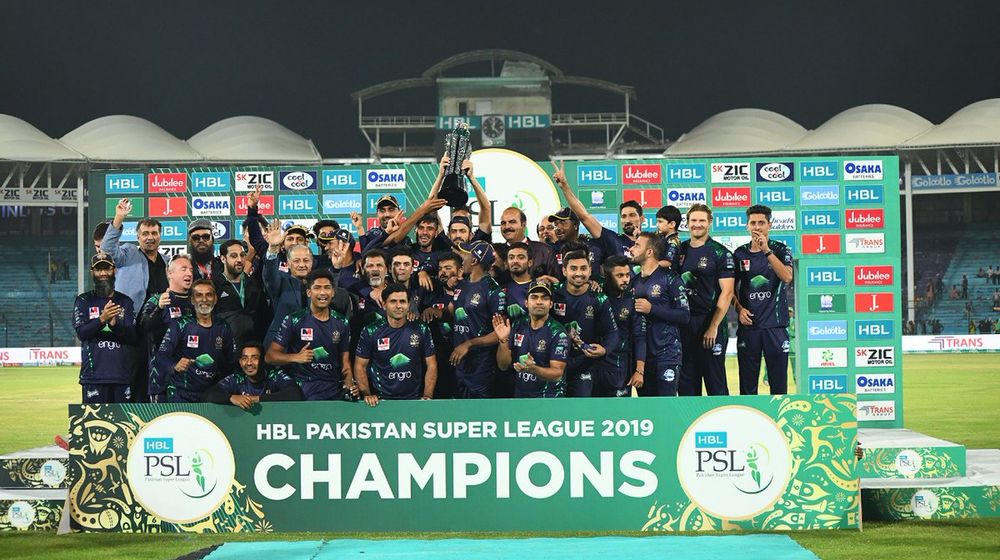 Quetta Gladiators have finally gotten their hands on the PSL champions trophy after 4 long years.

Cricket fans in Pakistan would understand why I’ve used the word ‘long’. 3 finals in 4 years are something you don’t see often, do you?

Yet, Quetta had been unable to cap their campaign with the title despite coming within touching distance. Not anymore! Quetta Gladiators are the much-deserved PSL champions and what a night, what a victory, and what a story it has been for Sarfaraz’s side.

Here’s how it went:

Mohammad Hasnain, the teenage pacer started the proceedings for Quetta with the ball in the best possible manner, removing the in-form Imam-ul-Haq for 3.

Kamran Akmal got a start, however, it wasn’t his night and he departed at 2-31.

Umar Amin and Sohaib Maqsood also got starts, however, they weren’t able to capitalize and their wickets added to the misery of Peshawar Zalmi. It didn’t look like a batting wicket at all when Peshawar batsmen were batting thanks to some tight bowling and good bowling changes from Sarfaraz Ahmed.

The big players like Kieron Pollard and Darren Sammy also failed to put an impetus into the innings and the team could only manage 8-138.

Despite the early wicket of Shane Watson, who has been the best batsman this series, Ahmed Shehzad and Ahsan Ali controlled the game with ease, smashing boundaries at will.

After Ahsan’s departure, Rilee Rossouw (39*) ensured that there were no twists this time around. Ahmed Shehzad went on to score yet another fifty, ending up with an unbeaten 58.

Quetta got over the line by 8 wickets in the 18th over, winning their first ever PSL title.