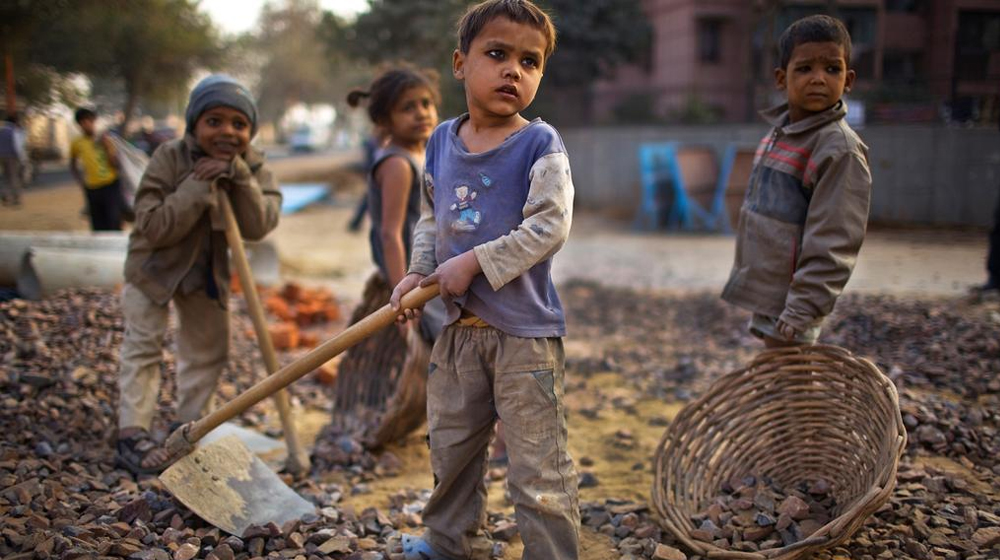 According to the latest report published by the UN’s International Labor Organization and Walk Free Foundation, as much as 40.3 million people are living in some form of modern slavery. This figure is inclusive of 24.9 million engulfed in forced labor and 15.4 million in forced marriages. This form of slavery is predominantly, exactly by 60 percent, manifested in 10 countries.

Pakistan has been ranked 7th in the list of countries where modern slavery is rampant. Other nine countries include India, the Democratic Republic of the Congo, China, Indonesia, Nigeria, Iran, North Korea, Russia, and the Philippines.

Anti-Slavery International defines “slave” as a person who is forced to work against will, owned or controlled by an ‘employer’ or exploiter, is dehumanized or treated as a commodity, have limited freedom of movement, or bought and sold as property.

As for Pakistan, the Global Slavery Index reveals that 16.8 persons per 1000 people are enslaved in Pakistan summing up to 3.19 million of the population. Speaking of other countries: India has the largest number of slaves globally, i.e., 8 million.

Notably, global trafficking of individuals for forced organ removal is one form of modern slavery. This practice is going on unbridled in Pakistan on a wide scale.

March 25 is the International Day of Remembrance of the Victims of Slavery and Transatlantic Slave Trade. This day is being celebrated across the globe at the public and private level today.

It is celebrated to honor over 15 million men, women, and children who suffered because of the tragic transatlantic slavery and also to raise awareness about the dangers of prejudice and racism today.

While people recognize slavery as the darkest chapter in history, the modern 21st-century slavery remains hidden in the plain sight.