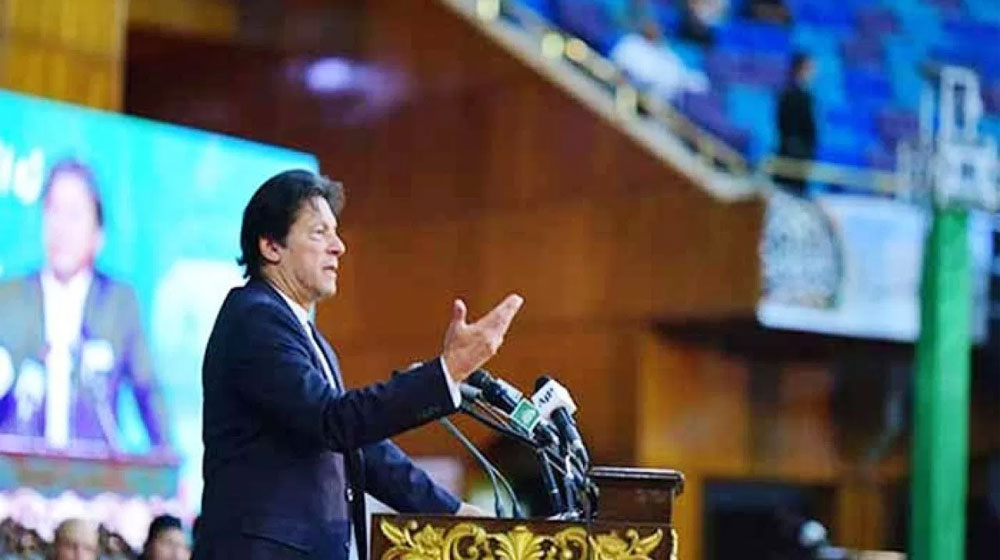 By Ahmed Raza and Sajawal Rehman

Ehsas, as Prime Minister Imran Khan said, aims to mobilize all available resources to root out poverty from Pakistan.

Terming it as the first major step towards eliminating poverty, Imran Khan said that ‘care for people is the utmost priority of the government’.

While addressing the launch ceremony, PM Khan announced he was introducing a new ministry for the cause.

He explained that the government is already collecting data of people living below the poverty line and would launch different initiatives to elevate their financial condition.

Under the program, he added, 5.7 million women across the country will get savings accounts in the nearby banks.

“The women of underprivileged areas, without the bank facilities, will be given mobile phones to receive the funds,” he added.

He said a sum Rs. 80 billion is being added to the already existing fund and that it would rise to Rs. 120 billion in the next two years.

The premier, once again, reflected his vision to build a new Pakistan on the norms of ‘Riyasat-e-Madina’ which are Ehsas, Insaf, and Reham.

The premier also announced to establish 5000 ‘Digital Hubs’ all over the country which will provide details about job opportunities for the local youth.

Khan was hopeful that the programme will help change the lives of at least 3.3 million poor people in the next four years.

Earlier, Khan had promised to take effective steps to ensure the availability of basic necessities of life for the poor. In a bid to make the scheme result-oriented, China’s example will be followed as the country has successfully brought out a huge number of people from the clutches of poverty.

Khan said that a comprehensive plan is being prepared for the cause and it will help improve the lives of the most-ignored segment of the society.