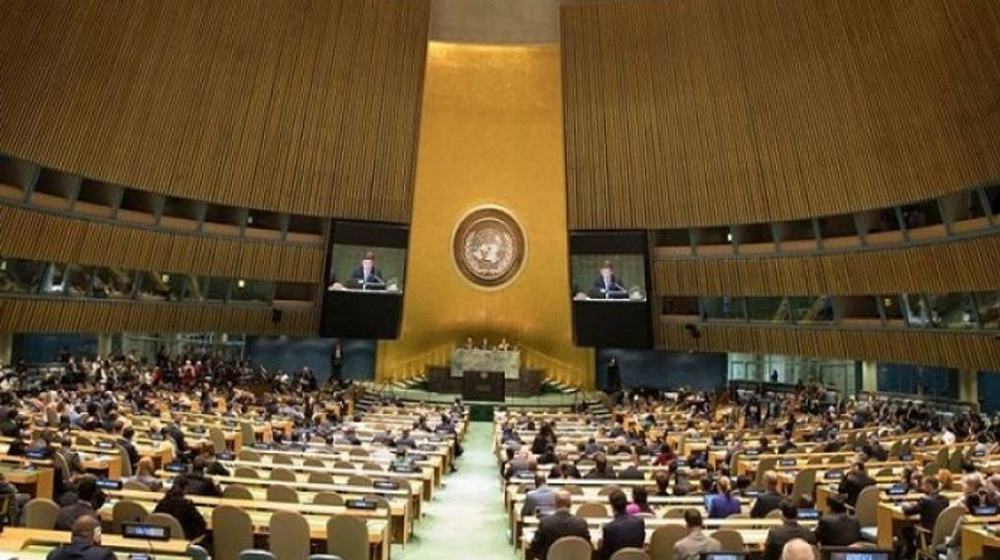 The resolution, titled ‘Combating terrorism and other acts of violence based on religion or belief’ was moved by Turkey and co-sponsored by Pakistan.

Through this, the UNGA condemned the atrocious terrorist attack targeting Muslims during Friday prayers in two mosques at Christchurch, New Zealand this month, while offering deepest condolences to the victim families.

The UN assembly called for the protection and promotion of freedom of religion and belief while developing a domestic environment of religious tolerance, respect, and peace.

After the resolution was adopted, Pakistani Ambassador to the UN Maleeha Lodhi pointed out the rise of extreme nationalist and populist ideologies in the West and also in Pakistan’s neighborhood.

“Pervasive Islamophobia is a global phenomenon,” said Lodhi while urging the states to develop a coherent, collaborative, and committed global response to this malice.

“The adoption of the resolution today is a strong manifestation of our shared commitment to stand united against racial and religious hatred,” said the ambassador.

She further highlighted in her speech that nine victims of Christchurch attack belonged to Pakistan while adding that stigmatizing and profiling people of one country can have drastic repercussions.

The ambassador said that the Christchurch attack was just the latest display of a growing phenomenon coming out of bigotry, hate, racism, and the extreme ideology of racial and white supremacy.

“The rise of extreme nationalist and populist ideologies in liberal Western democracies and elsewhere, including in our region, are fanning the flames of bigotry, intolerance, anti-Muslim hatred and xenophobia,” said the Pakistani envoy.

While moving the resolution, Turkish Foreign Minister Mevlut Cavusoglu urged the international community to stand up against the spiral of hate.