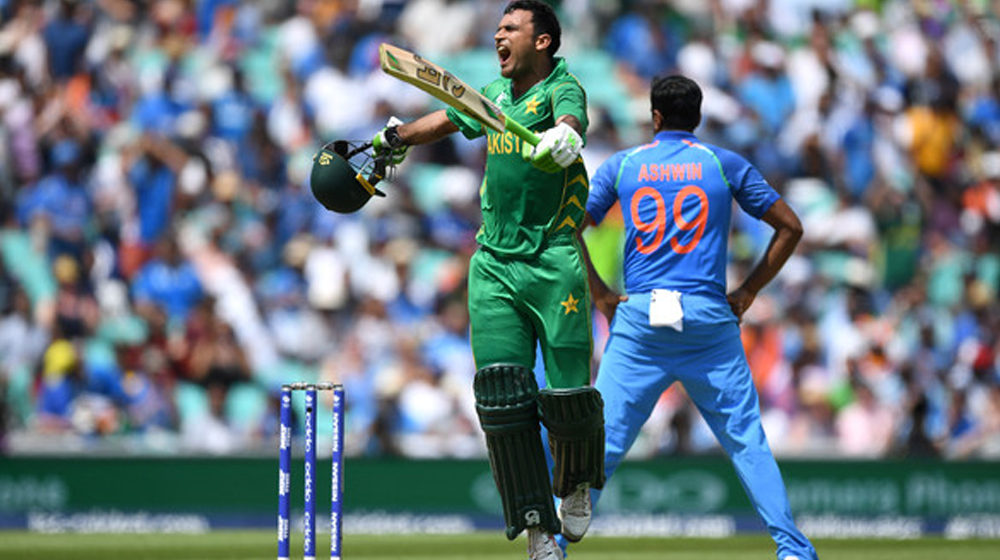 Pakistan opener Fakhar Zaman has expressed his desire to score another century against India in the upcoming ICC World Cup.

The left-hander scored his debut century against India in ICC Champions Trophy 2017 final, which ensured a Pakistan victory.

We are adequately preparing for the World Cup. There is no pressure of playing my first World Cup. I have experience of playing in England before and I will try to use that to my advantage by providing team with a good start and playing an important role in team’s victories.

When asked about playing against India, he added:

I’m eagerly waiting for the match against India and would love to score another hundred against them.

Here are their remarks from the media interaction:

Prime Minister’s speech was beneficial in improving our confidence. He advised us to stay calm mentally as it will aid in performing better.

The pressure of being chief selector’s nephew, Inzamamul Haq, can only be removed by performing with the bat. I have silenced my critics by scoring runs in the past and will try to do the same at the World Cup as well.

I want to make my last World Cup memorable by performing well and bringing the trophy back home. People who consider this match as war should understand that sports bring with it a message of peace and that’s how it should remain.

I could not have thought I will be playing the World Cup at such a young age. Wickets of Aussie cricketers David Warner and Steve Smith, along with Indian captain Virat Kohli will be my targets during the event.

I will try to live up to chief selector’s expectations of being the surprise package. Pace is my weapon and I will try to use that and trouble the batsmen.

I was slightly off the required 17:4 target mark in the Yo-Yo Test and will hopefully regain full fitness soon. The series against England, before the World Cup, will also help us in terms of strength and conditioning.

Prime Minister called me team’s trump card which felt great for my confidence. I understand my role in the side and will try to put up a good show in the World Cup.