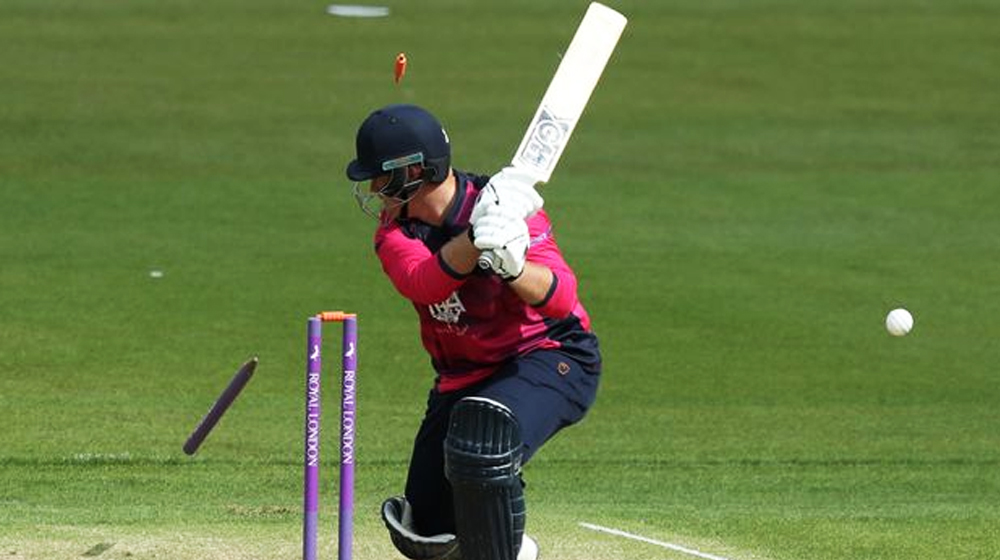 Pakistan cricket team has registered another convincing victory in the warm-up matches ahead of the England series, thanks to Fakhar Zaman’s century.

This was Pakistan’s second warm-up game; first game was played against Kent, where Pakistan won by 100 runs.

Northamptonshire won the toss and elected to bat first and managed 273-6 in the first innings. Mohammad Hasnain looked exceptionally bright as he rattled the opposition batsmen with fiery bouncers and quick swing deliveries.

Junaid Khan was surprisingly poor on the day as he was dispatched for 75 runs from his 10 overs, taking only 1 wicket. Imad Wasim and Haris Sohail were the other pick of the bowlers; both bowlers managed 1 wicket each and restricted the run flow.

Mohammad Amir’s selection for the World Cup hangs in balance and he certainly improved on his previous track record. He bowled 9 overs, taking 1 wicket and conceding 45 runs at an economy of 5.00.

Josh Cobb was the pick of the batsmen for Northamptonshire as he scored an unbeaten 146 runs from 145 deliveries, smashing 6 maximums and 12 fours.

Pakistan, chasing 274, looked extremely comfortable from the get-go. Both openers absorbed the pressure and punished the bad balls. The opening stand between Fakhar and Imam was of 157 runs before Imam was bowled out for 71 runs.

Fakhar continued and reached his century from 80 deliveries before being knocked over by Buck in a similar manner as Imam.

Babar Azam and Sarfaraz Ahmed put up a 68-run partnership to close the game and give Pakistan an 8 wicket victory in their 2nd warm-up game.

Pakistan will now play against Leicestershire on 1st May in their third and final warm-up game.