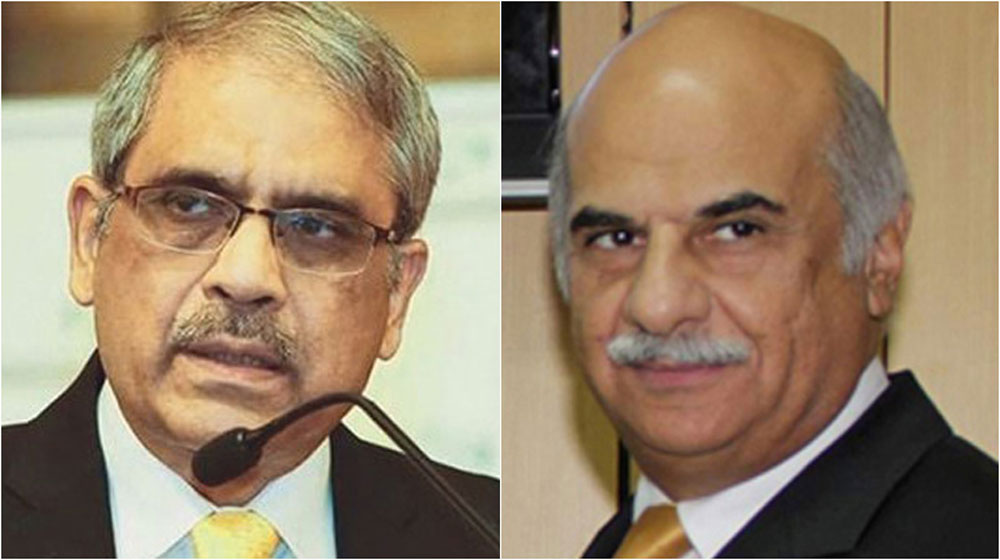 The federal government has forced the Governor of State Bank of Pakistan Tariq Bajwa to step down and has also removed the head of the Federal Board of Revenue (FBR), local media reports said.

The development came late on Friday and is considered to be the second major reshuffle in the government’s economic wing.

The reports claim that Tariq Bajwa’s resignation was demanded from the PM office and he did not hesitate to send it in. Moreover, orders for the removal of Dr. Muhammad Jehanzeb Khan as FBR chairman also came from the prime minister.

Tariq Bajwa was installed on the post by the former president Mamnoon Hussain on July 7, 2017, for a period of three years. He was set to retire next in 2020.

FBR chairman’s removal had something to do with the upcoming amnesty scheme, reports said, claiming that the government wasn’t happy with him after he refused to own the amnesty scheme. The widening revenue collection deficit was another reason for his removal.

The decision to remove both chiefs had been taken when Asad Umar was still serving as country’s Finance Minister.