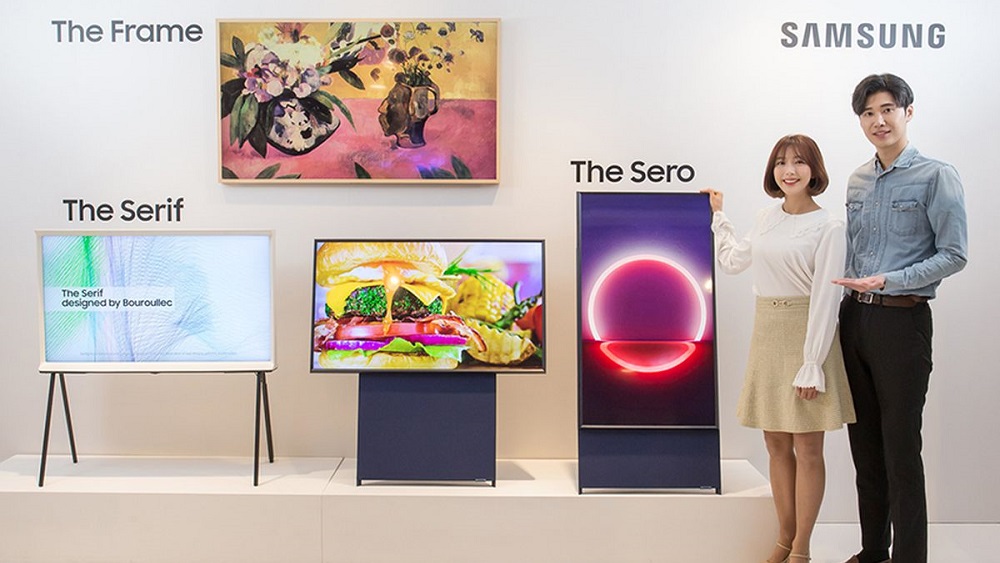 Does it seem like a practical TV for you?

The TV market has been getting a lot of love lately, with big players like Samsung coming up with new and innovative designs. Their most recent is an unusual television designed for the ‘millennial generation’. According to the company’s PR, the new model is referred to as ‘The Sero’ which translates to ‘The vertical’.

This television was made on the concept of displaying content on a giant mobile screen. It is designed to easily synchronize with mobile phones for screen sharing and screen monitoring. It can be used vertically as well as horizontally.

The other two devices on the press release are a TV named ‘The Serif’ mounted on an easel-like frame and the second one is called the frame which was launch by Samsung under the concept of “looking like a piece of art when not in use”.

We’re focusing on Sero TV only for this article. 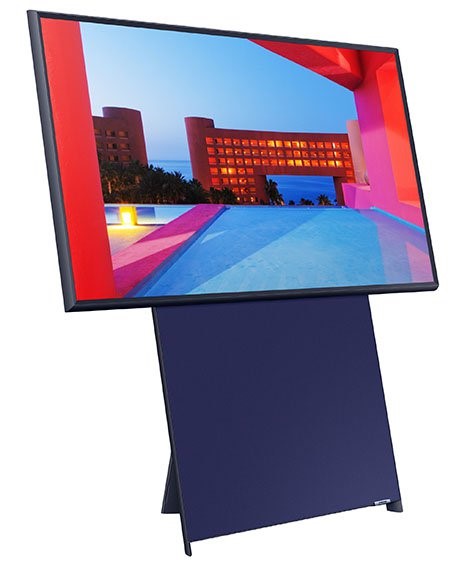 The television has a minimalistic design. It has regular-sized bezels and comes with an integrated navy stand, the same color as the TV. The stand is made compatible with the TV so that it can be adjusted in landscape or portrait mode as the user wants.

It features a 43 inches screen size, we don’t know other details like the display type, HDR support, and other key specs but the resolution will most probably be 4K like all other basic Samsung televisions.

The Sero comes with 4.1 60W speakers. It will have a built-in microphone and Samsung’s virtual assistant Bixby as well. Other features have not been made public yet. Samsung has designed the television to work as a TV screen, music streamer as well as a handsome piece of furniture.

It also works like a digital image visualizer or an image display screen that should resemble an artwork, like The Frame.

The television will go on sale at the end of May for $1800. According to a few television analysts, the product will have limited applications, no matter how interesting the concept is. It will be available in South Korea only, for now.

The use case for the Sero, beyond that of a regular landscape position TV, is limited, especially with a relatively high price tag, a lot of content from the likes of YouTube is already in landscape mode. It is telling that the TV will initially launch in South Korea, which is a market with very high mobile phone usage, so the likely success can be gauged quite early.