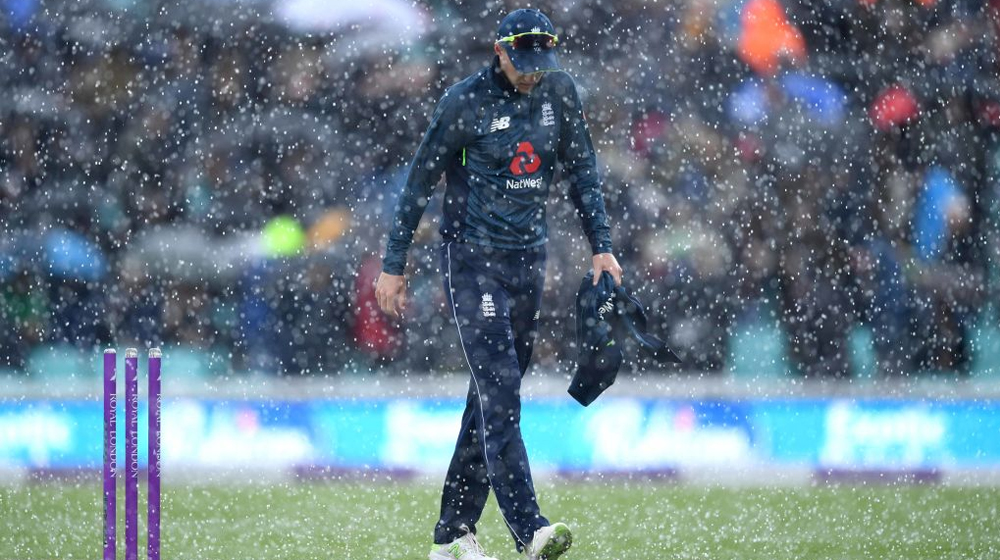 The first match between Pakistan and England was abandoned after persistent rain disrupted the play. The match was called off just after 19 overs were bowled at The Oval on Wednesday.

The toss was won by England, who asked Pakistan to bat first in overcast conditions.

Pakistan suffered an early setback as they lost opener Fakhar Zaman in the 4th over in a careless manner.

Babar Azam joined Imam-ul-Haq at the crease after Zaman’s dismissal in a bid to build the innings. However, Babar’s stay was cut-short by Liam Plunkett.

Left-handed Haris Sohail looked in superb form and picked up the run-rate for Pakistan. At 80 for 2 after 19 overs, the rain interrupted once again.

Following various inspections from the umpires, it was decided that the match would be called off due to wet outfield.

Pakistan will now face England in the 2nd ODI at Southampton on 11th May.