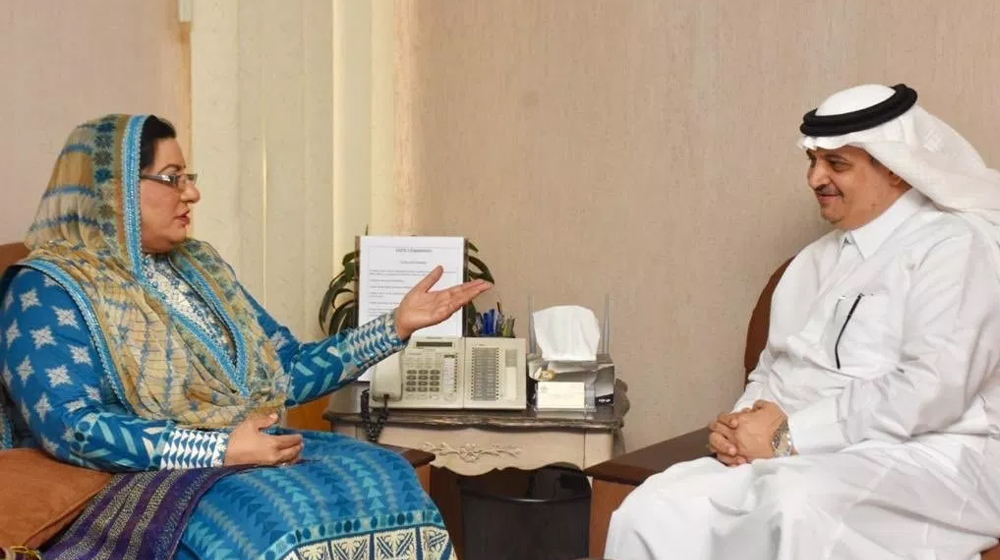 Saudi Arabia is interested in setting up a cultural center in Islamabad in a bid to improve the cultural collaboration between the two countries.

The ambassador said that the Kingdom looks forward to benefiting from the skilled labor of Pakistan with regards to the Saudi Crown Prince’s vision 2030.

“Pak-Saudi relationship is not confined to the governments, rather it represents a people-to-people bonhomie,” he said.

The special assistant to PM welcomed the Saudi govt’s intention to establish the cultural center along with enhancing people-to-people relations. She assured the dignitary of her full assistance in this regard.

Awan told the envoy that Pakistan enjoys cordial relations with the Kingdom since 1947. This relationship is entrenched in the centuries-old religious, commercial, and cultural ties between the two peoples.

She said that the recent visit of the crown prince to Pakistan was quite significant as both countries signed agreements to further their economic cooperation and strategic partnership.

Awan said that Pakistan has remained the recipient of generous economic assistance from Saudi Arabia in the times of crises.

Both dignitaries discussed an executive program for media and cultural cooperation between the two countries while deciding to prepare a calendar of cultural activities.