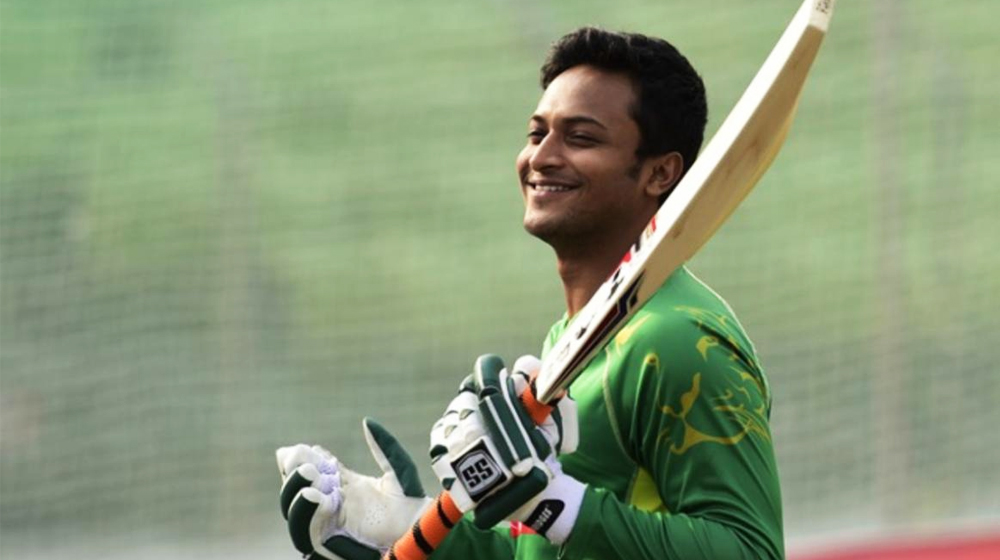 Shakib Al Hasan, the Bangladesh all-rounder, has expressed desire to bat at no. 3 in one-day internationals (ODIs), ahead of the World Cup 2019.

The 32-year-old is predominantly known as a bowling all-rounder. However, in recent times, he has made some vital contributions with the bat as well.

He said that he’s nearing the end of his career and he would like to contribute as much as he can.

There was a time when I had to come on to the crease before the first 10 overs even if I batted at No.5. But now things have changed, I don’t get a chance to bat before 35-40 overs if I bat at the No.5 position.

For me, I think, the earlier the better. So, personally speaking, I want to play at No.3. I have also expressed my desire to the coach and the captain. But I don’t have any problem to play anywhere for the team.

Shakib has recently worked extremely hard on his fitness, which is why the all-rounder is visibly more fitter and leaner. He said that his motivation is to play for Bangladesh for as long as he can.

Sometimes in your life, you need a kick. I have got the kick,” he said. “I won’t say how. That’s a secret. It has come in a way that has awakened me. I was fit up to 2011. After that, I didn’t get much chance to work on my fitness and I didn’t feel any push too. But I have got the kick now.