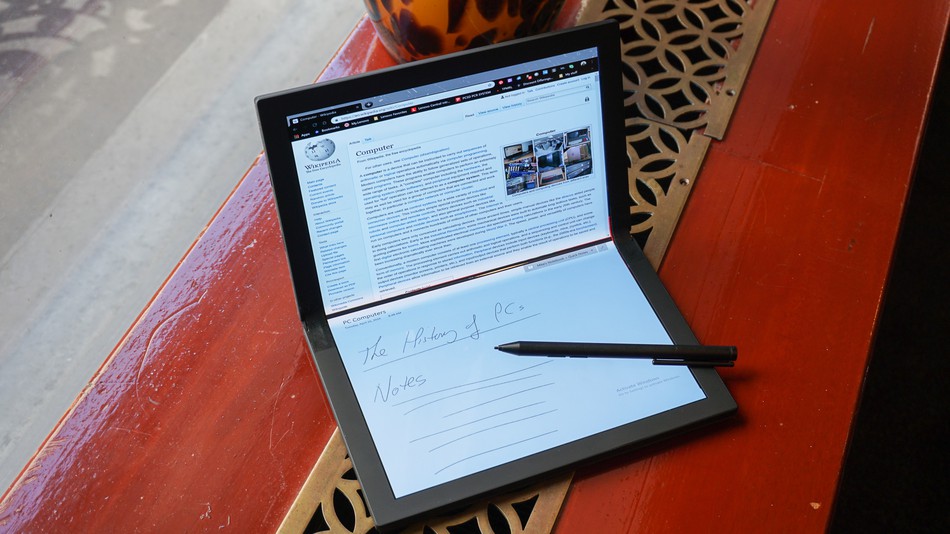 Foldable display on a laptop might just be a gimmick.

At its Accelerate Conference in Florida, Lenovo showcased what’s going to be the world’s first ever foldable display laptop. It does not have a name yet, but Lenovo says it belongs to the ThinkPad X1 lineup and is meant to be a replacement for conventional laptops.

As it’s only a prototype and still in early stages of development, the company did not share a lot of specifications just yet but here’s what we did get to see. 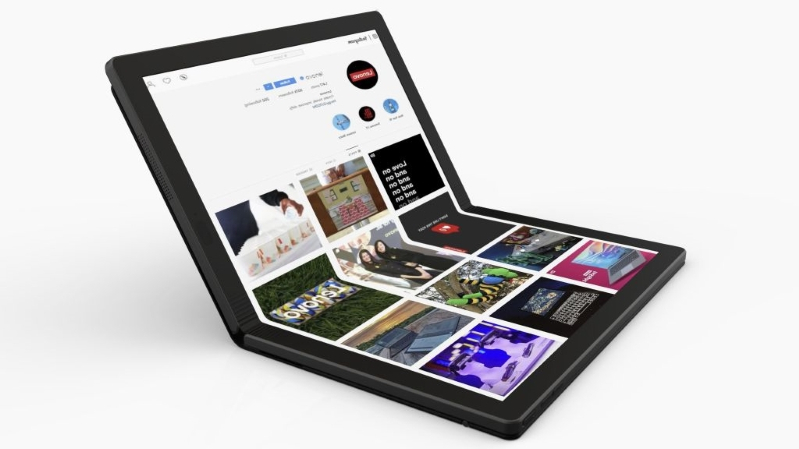 The laptop has a 13.3 inch OLED display which folds in on itself. Just like the Samsung Galaxy Fold, the hinge allows it to sturdily tilt up to a variety of viewing angles and snap shut magnetically, leaving a very small gap in between. Once it’s closed, the sleek leather back design on the outside makes it feel like a notebook rather than a laptop.

There’s an on-screen keyboard as well as a compact Bluetooth keyboard that comes with the laptop. Lenovo even plans to add a stylus. It’s not as smooth as Samsung’s S pen though (for the prototype), but hopefully, it’ll see improvements before the final release.

As for connectivity, there’s USB type C and A ports. It could use the Type-C port for charging but we don’t know for sure. The company also says that they’re aiming for a full day’s worth of battery, which is great to hear but knowing laptop battery life, it could very well be around 8-10 hours worth.

Lenovo says that they have been working on the device for three years now and don’t plan to release it until 2020, presumably to avoid a fate like the Samsung Galaxy Fold. Until then, there’s plenty of time for competitors to catch on and hopefully, we will see this innovation with more brands in the future.