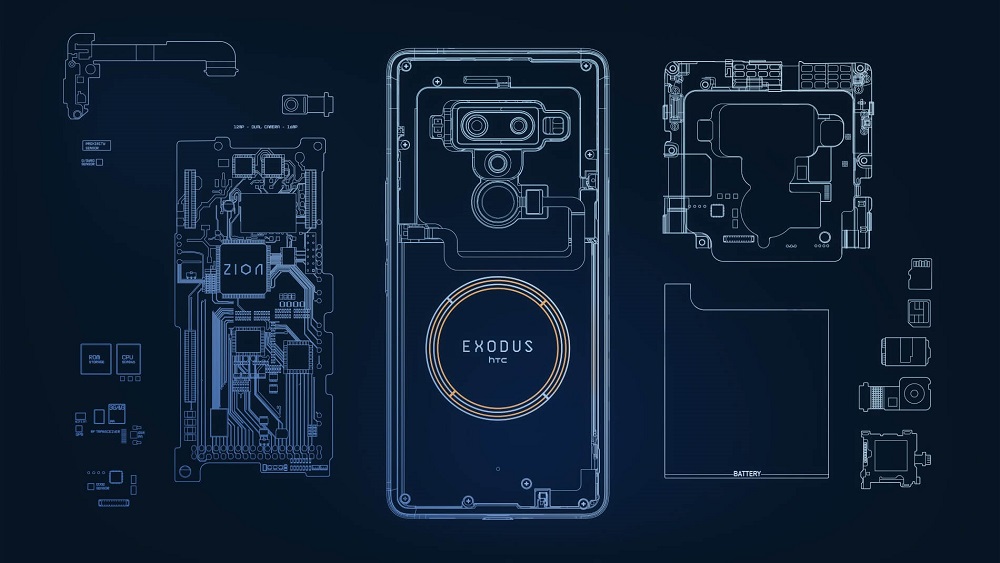 Another blockchain smartphone for your crypto storing needs.

HTC Exodus 1s is the latest addition to the company’s blockchain smartphones. Just like its predecessor, the Exodus 1S is a part of HTC’s Exodus project meant to promote the use of encrypted cryptocurrency.

For the unaware, cryptocurrency like Bitcoin and Ethereum are based on blockchain technology, and this phone is designed to work with cryptocurrency as a hardware wallet. It allows users to save their tokens and cryptographic keys inside a secure enclave in the device.

Keep in mind that the device is meant to store cryptocurrency and not mine it.

The Bitcoin node capability saw an improvement with the Exodus 1s. Since the phone has to keep a log of the entire blockchain history, it needs to store a lot of data, for which HTC has employed a method called pruning. Pruning reduces the size of the blockchain file in the phone by a huge margin from 200GB to 10GB.

Other features seen before on the vanilla Exodus 1 such as support for decentralized mobile applications and integration with the Opera crypto browser might also appear on the 1s. It will allow users to sell their data in exchange for cryptocurrency.

We are democratizing access to the technology for a free world. Full nodes are the most important ingredient in the resilience of the Bitcoin network, and we have lowered the barrier to entry for any person to run a node, which is simply a computer, mobile in our case, participating in a global Bitcoin network that propagates transactions and blocks everywhere, which is the foundation and fundamental definition of a peer-to-peer cash system.

HTC hasn’t revealed any specifications for the phone yet, but it claims that it is going to go for half as much as the vanilla Exodus 1 so it’s going to be somewhere in between $250-$300.

There was no mention of a release date either but we did get a hint of it being somewhere later in Q3 this year (July-September).