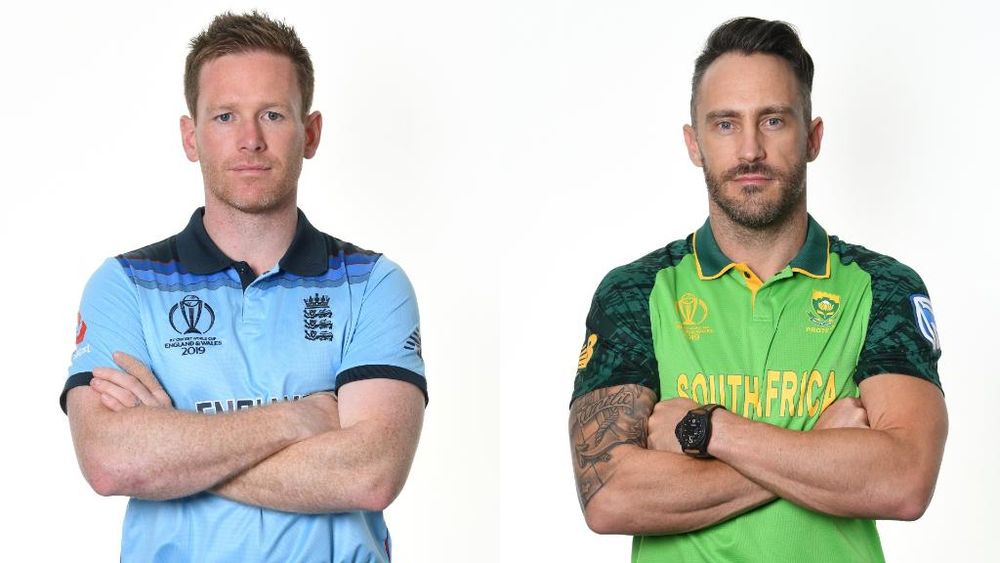 The most anticipated cricketing spectacle in the world is finally here and the excitement levels are running high among the cricket fans across the globe. The Cricket World Cup is set to go underway with the tournament opener between England and South Africa as the two top teams look to hit the ground running.

Both England and South Africa are among the favorites to lift the trophy this year, however, it is far too early to pick the champions.

Here’s everything that you need to know about England vs South Africa clash today.

The biggest news for the South African camp is perhaps that Dale Steyn is set to miss the tournament opener while Kagiso Rabada is fully fit after an injury scare that flew him out of the IPL earlier than expected.

England seemed to have some injury concerns, however, Jofra Archer and others are also fit and the new entrant is likely to slot into the starting XI.

England has a number of match winners and smashers which makes it is hard for us to pick only a couple of players to look out for. The entire batting unit has players which can dismantle any bowling attack.

However, Joe Root is probably the most consistent batter with his calming influence around the likes of hard hitters including Jonny Bairstow, Jason Roy, and even Eoin Morgan. Captain Morgan has instilled a new brand of cricket with no fear of failure in the side and his leadership skills along with his batting form will be significant for the hosts.

Faf du Plessis boasts an average of 53.90 in World Cups with 539 runs to his name. This time around, he will captain the side that carries the tag of “Chokers”. His contributions will be the key if South Africa is to do well at the mega event.

Imran Tahir and Kagiso Rabada are probably some of the best bowlers going around these days. The ICC rankings (4 and 5 respectively) are reflective of their abilities with the ball and they will once again have to strike regularly to down a strong England side.

When it comes to head-to-head clashes, South Africa have a slight advantage over England, having won 29 out of 59 as compared to England’s 26.

In the last 5 completed matches, the Proteas have proved to be a better team, winning 3 while England emerged victorious twice. When it comes to World Cup meetings, it is evenly poised with a 3-3 record.